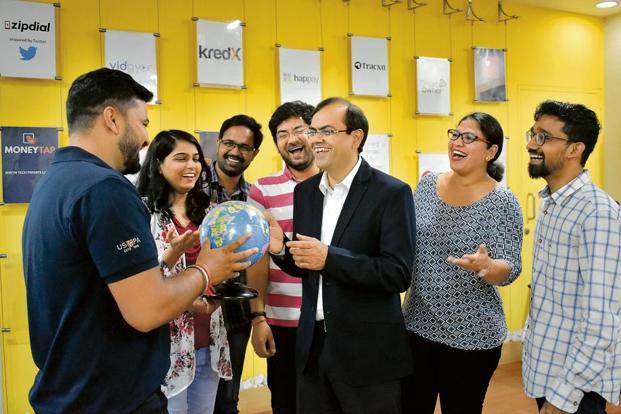 Working abroad broadens your mind. A mind that is stretched by a new experience can never go back to its old dimensions, the saying goes. It’s no wonder, then, that working abroad, in a foreign country can be an incredible career experience.

According to a study published in the Harvard Business Review in May, living abroad increases self-concept clarity (your mental picture of who you are as a person), and thereby promotes clearer career decision making.

“When people live in their home country, they are often surrounded by others who mostly behave in similar ways so they are not compelled to question whether their own behaviours reflect their core values or the values of the culture which they are embedded in,” says Jackson G. Lu, professor, Massachusetts Institute of Technology, US, and one of the authors of the study. This changes when you live abroad, since exposure to newer values and beliefs forces you to re-examine yours.

Amit Somani, 46, managing partner of venture capital firm Prime Venture Partners, found that working abroad helped him develop a clearer sense of self and identify the values he holds dearest. “You also realize that you can potentially compete, learn and adapt to challenging environments in a global setting. This helps build confidence,” says Somani, who worked for 12 years in the US.

A clearer sense of self isn’t the only learning people return with after an overseas stint. Bengaluru-based entrepreneur Bala Parthasarathy, 51, who worked in the US as a manager and then as a managing director for a business in Europe, Australia, Japan and China before moving to India 11 years ago, says the years abroad have shaped his professionalism and work ethic.

“I’ve seen delegation and teamwork do wonders in societies like Europe and Japan, which is something I’ve been implementing in my start-up,” says Parthasarathy, CEO and co-founder, MoneyTap, a personal loan app.

Parthasarathy credits his US stint for strengthening the belief that both sides can win, and his experience in Japan for developing trust in verbal agreements. “Every country has its own ethos and culture and the trick is to find a balance between your world view and the new world you’re in,” says Mumbai-based Sudhir Shenoy, CEO of Dow India, a chemical product and solutions company. Shenoy, 49, has handled two international assignments for his parent company—four years in Switzerland from 2007, and two in China from 2013—as a product manager and commercial director, respectively.

Some cultures value conversations based on results and the future of the company, while others value the journey or the learning. “You learn to tread these fine lines, customizing the message, and adapt quickly to situations, people and practices, becoming more effective in your communication and negotiation,” he says.

In Switzerland, for example, the “respect” denotes valuing time and getting to the point without hesitation, while, in China, it means accepting authority.

As a newly-appointed director at IBM Silicon Valley Labs, in charge of a team of 300 employees in nine cities across five countries, Somani recalls conducting a meeting where a contentious issue was being discussed by team members from the US, Germany, Israel and Japan. Six hours of debate and discussion ensued, with the Germans, Americans and Israelis all voicing concerns and offering suggestions. The Japanese, however, stayed silent.

After the meeting, Somani sent out an email that incorporated everyone’s ideas. To his surprise, he received a long email response from his Japanese colleague explaining why the strategy was completely wrong.

“The Japanese never debate or disagree in public with their seniors as it’s a deep sign of disrespect in their culture,” he says, adding: “This was my big lesson. A group debate wasn’t going to work, so I switched to one-on-one sessions to hear all points of view.”