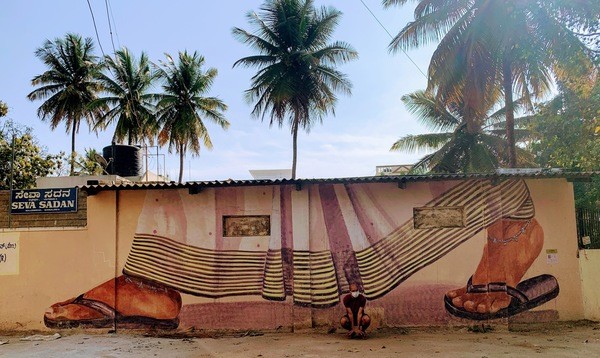 Comic > My Zombie Babe: A brand new caper for detective Anantya Tantrist in a 20-page comic with amazing artwork by Devaki Naogi. Part of Necrobaba, an anthology of comic shorts by SyenaGiri.

Fantasy > How to catch tears in a river of blood: Based in the Anantya Tantrist Mysteries world, this short story explores how Anantya became a tantrik detective. Part of an upcoming anthology of South Asian SFF by a renowned publisher.

Fantasy > The Immortal Manifesto on Pursuing Self-Annihilation: What happens on a conference of immortal beings when someone wants to die? Part of an upcoming anthology by Graphic India

Climate Fiction > The Songs that humanity lost reluctantly to Dolphins: A chorus which retells a story of how dolphins took over the world and the children to save it from humans. In Multispecies Cities: Speculative Urban Futures, WorldWeaverPress (2021)

Historical Fiction > The Biryani Choke: Meet Salma, the feistiest kid in Cantonment in Bangalore, who has a wrestling trick up her sleeve. In Eleven Stops to the Present, Intach (2020)

Climate Fiction > Les Chants que L’Humanité abandonna aux (French version of The Songs that humanity lost reluctantly to Dolphins): A chorus which retells a story of how dolphins took over the world and the children to save it from humans. Translated by Thomas Bauduret, published in Galaxies No 66 (2020)

Fantasy > La Fille qui saigne (French version of The Daughter That Bleeds): A heart-wrenching, funny story of a man selling his daughter in the fertility market. Translated by Mikael Cabon to French, published in Galaxies magazine. This story has been shortlisted for the Grand Prix de l’Imaginaire Awards of 2020 in France. A huge honour!

Fantasy > Grandma Garam’s Kitty Party: A situational humour story of a chudail who wants to leave her magic abilities behind. Part of Magical Women, anthology by Hachette India. Buy.

Science Fiction > Agni’s Tattoo: What happens when AI-powered gods come into a destroyed, dystopian Mumbai, where caste groups rule? Released in Whose Future Is It? the first anthology published by Cellarius, a collaborative SF universe based on blockchain. Buy.

Fantasy > The Daughter That Bleeds: A heart-wrenching, funny story of a man selling his daughter in the fertility market. Part of The Best Asian Speculative Fiction, an anthology by Kitaab, Singapore. The story won the Editor’s Choice Award. Buy.

Comic > Obsolete Baby: A whimsical and darkly funny short comic that deals with giving birth and our obsession with technology. Illustrated by artist Kavita Nambissan, it released in Ground Zero Fourth Volume by MetaDesiComics.