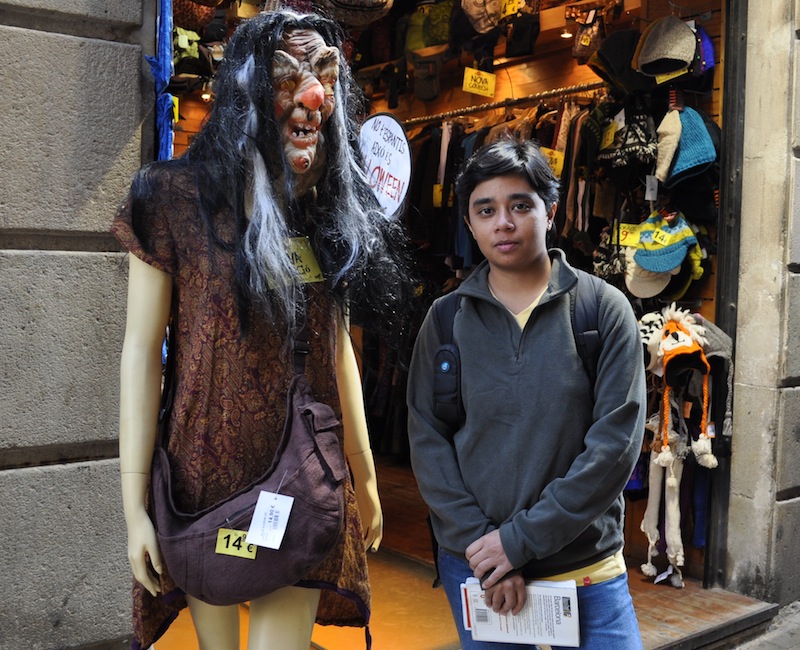 I met Payal at last year’s Chandigarh Children Literature Festival. At the official dinner thrown to us, she was  this unassuming, quiet person in the rather chatty crowd. We didn’t talk much and when we tried to exchange contacts, she told me she isn’t on Facebook or most of the social media networks. Finally, we exchanged numbers and email IDs. So it was great to connect with her some months later in Bangalore at Cafe Max (which is quickly becoming my fave place to meet authors and editors. They have such good Mint tea and sunny lunches.) where even though I was a newbie and she an established author in the industry, she was gracious, helpful, an avid listener to my rather banal stories and a lovely lunch-mate. And as these things go, here she is, talking about the one thing we both love more than anything else: fantasy fiction and its importance in our lives. Enjoy.

Payal Dhar’s flights of fancy help her seek out new life and new civilization—mostly in her fantasy novels and short stories for youngsters. When not making up stories, she is a freelance editor and writer. Her latest book is Slightly Burnt (Flipkart // Amazon 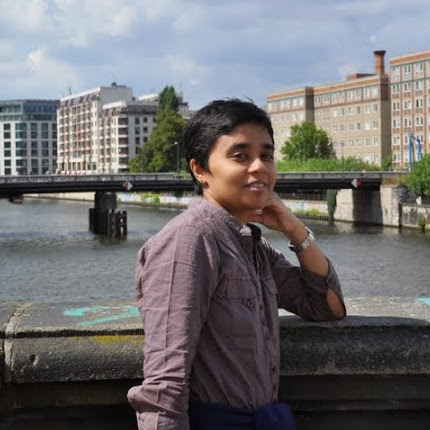 The relevance of fantasy

Well-meaning and usually non-reading adults—never teens and other young readers—often ask why I write fantasy. What, after all, can be the relevance of fantasy? Why not write about real things and real people and real life?

Earlier this year, there was much discussion regarding the resurgence of realism in young adult literature, given the success of John Green’s The Fault in Our Stars and the subsequent movie. The excitement was about how this heralded the re-emergence of contemporary realism in children’s fiction. John Green was credited for ushering in the golden era of realist fiction, pushing out shiny vampires and grim dystopias. Some publishing professionals were even calling it the era of “real stories for real people”.

Needless to say, there was some backlash to all of this because of the implication that sci-fi/fantasy is not real or that teens can’t relate to it. That it’s somehow less. It is interesting to note that John Green himself never endorsed this view. One person who eloquently to defend the honour of fantasy writers was the Australian young adult author Justine Larbalestier. “All stories, no matter their genre, are about people. People relate to other people even they are disguised as dragons,” she says. It’s worth reading her full blog post, where she takes down the argument that realist fiction is any more real than SFF.

So, no, it doesn’t matter what the experts say. Fantasy isn’t going to go away. In any case, if you really want to quibble about it, realist fiction is as much fantasy as time travel and alternate history. In fact, fantasy as a genre has always been amidst us—probably since humans started telling stories. Notice how all cultures, in any part of the world, have their own tradition of fantasy in folktales and mythology.

Actually, fantasy—and I use the term loosely to embrace all kinds of speculative fiction—allows us to strip down our own realities and examine them closely and effectively. It can’t get any more world-relating than that. Consider Malorie Blackman’s Knots and Crosses, a sort of Romeo and Juliet story that looks at racial prejudice. Only, in her world, dark-skinned people have the power and fair-skinned ones are oppressed. It gets to the heart of the issue of race in such fantastic manner by turning it around. In a young adult anthology I just co-edited, two of the stories feature matriarchal dystopias: what happens when one half of the human race sets the rules and holds the reins? The short answer: exactly what happens in the patriarchal dystopia we live in.

Thus, fantasy can, and does, play a role in helping us understand our reality better precisely by allowing us to take a step back and look at it from a new perspective. This is especially important for young people who are just starting to figure out how messed up the world is. Sometimes in conservative cultures, as in India, where we’ve been slow to engage with children on the grimmer side of life (though this is changing now, at least in English fiction, which is what I know about), fantasy can be a safe platform to approach serious subjects.

Though we fantasy writers like to tell ourselves that we get to let our imaginations run unfettered, much more so than those writing realist fiction, we might in fact be deluding ourselves. It differs from individual to individual, of course, but in specific too our imaginations are often limited by our own realities. My favourite example of this is the Star Trek episode “The Turnabout Intruder” in which a female Star Fleet officer does a body-swap with Captain Kirk so she may command a starship. It turns out that in the 23rd century being a woman disqualifies you from positions of command. Star Trek creator Gene Roddenberry was later supposed to have referred to having been shortsighted in the plot, though I haven’t been able to find a citation to corroborate that. (On the other hand, various commentators have also pointed out how the story line was a backlash to the feminist movement.)

Also witness how many, if not most, fantasy worlds feature the same gender stereotypes and roles that we see around us. Few authors have managed to offer a radically, culturally different society from our own in fantasy. Ursula Le Guin may be a notable exception. Even how we picture technology is influenced by what we have around us. In 2006, while writing my first book, I wanted to depict a world more technologically advanced than ours. So I gave computers and mobile devices a touch-based interface. A couple of years later, the iPhone came along and showed me exactly how ridiculous my stylus-tapping was. (On a more serious note, here’s Justine again on how we “live in a racist, sexist, homophobic, transphobic, classist etc. world. The odds of none of that leaking in to our work is zero.”)

In sum, writers of fantasy are inspired and influenced as much by the world we live in as any other kind of writer. So fantasy fiction represents and reflects our life and times just as well as any other kind of creative work. This is turn means that fantasy is important, because as a genre, it is rooted firmly in our present and our past, and it is possibly our mirror to the future.