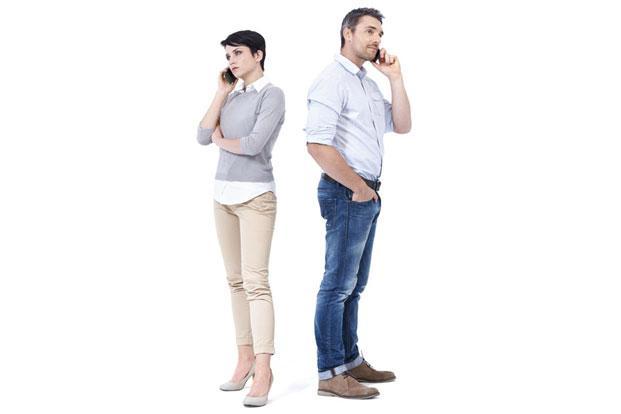 Getting phubbed and fighting with each other because of your phone, tablet and laptop? The same devices, which create a rift, can also help couples bond when used effectively

In 2012, Australia’s Macquarie Dictionary coined the word “phubbing”, which describes the habit of snubbing someone in favour of a mobile phone. Today, the phenomenon is damaging romantic relationships, according to a study published earlier this year by Baylor University, US. Published in the Computers In Human Behavior journal, the study conducted two separate surveys in a total of 453 adults to understand the effects of phubbing and found that 46.3% were phubbed by their partner. “What we discovered was that when someone perceived that their partner phubbed them, this created conflict and led to lower levels of relationship satisfaction,” said James Roberts, one of the authors of the study.

No one likes to be snubbed

Phubbing was common between Bengaluru-based Sudha Chandani Khatri and her husband Mukesh, who she met on the now defunct social networking website Orkut. They married after two years of long-distance courtship. They run a wedding photography start-up, PixelStory.in, and were constantly tapping, clicking, swiping and staring into their screens, conversing with each other, friends or family over Facebook and WhatsApp. “We’re workaholics and can’t live without our phones,” says Sudha, 32. “The only time we weren’t checking our phones was when we’re asleep.” However, seven years into the marriage, they noticed an increase in phone-related arguments and blame-games. In August, they put a stop on it. “We were at a bar and decided that whoever touches the phone first during dinner, will give their credit card to the other for shopping. By chance Mukesh’s boss called and he had to pick up the call. I used his credit card to shop for Rs.20,000,” says Sudha. After this incident, they have established some rules—devices are completely off during romantic dates or when they are having a serious discussion. If one of them goes for the phone, the penalty is paying the other Rs.20,000 for shopping.

New Delhi’s Max Super Speciality Hospital has seen a rise in marital and relationship discords because of excessive use of smartphones in recent time. “Couples come concerned that one partner is too involved in social networking or games, and hardly gives time to the other one,” says Sameer Malhotra, director of mental health and behavioural sciences at the hospital. He adds, “It all depends on how you use it. In excess, it will lead to the loss of other priorities in life, disturb sleep-wake cycles, cause irritability and create distance in a relationship.”

It was exactly this distance that made Rashmi B., 29, a homemaker who lives in Germany with her husband Samuel and three children, sit up and take notice. Married for more than nine years, the couple realized their excessive device use was causing frequent arguments. “My husband would hardly listen when the kids would talk as he was busy browsing and I started to surf while I was putting my one-year-old to sleep and would get migraines in the morning,” says Rashmi. In May, post a visit to India, they decided to change the pattern. “We decided to keep the devices away while we dine and sleep,” she says. Whenever either of them breaks the rule, they have to watch a movie of the partner’s choice or give them a 15-minute massage. Devices can bridge the gap

The same devices which can create a rift can also help couples bond, provided they’re used effectively, says Samir Parikh, director, mental health and behavioural sciences, Fortis Healthcare, Gurgaon. “A couple can actually use it to take out time for each other during the course of their busy schedules, even when they are not physically within each other’s proximity.”

Of the 16 years that they’ve been married, Kiran Bapna and her husband have lived on separate continents for six, pursuing their own careers. “Technology has helped me connect with my husband,” says Bapna, head of education products, Google India. Despite the time zone difference of 12 hours (Bapna lives in Bengaluru with her children, and her husband, Deepak, in Washington, DC), they speak at least once a day and are in touch over Google Hangouts and WhatsApp. On weekends, they do a virtual family hangout. “We know what is going on in each other’s lives, so we don’t feel the distance. Twenty years ago, this would have been impossible,” says Bapna.

Here’s how you can connect with your partner

This app lets you chat one on one and comes with stamps and stickers. You can share photographs, create albums, get notifications for travel schedules and anniversaries. It shows weather updates of the city to the other person, and even offers a way to shop within the app. The Moments feature organizes pictures and memos in a chronological album.