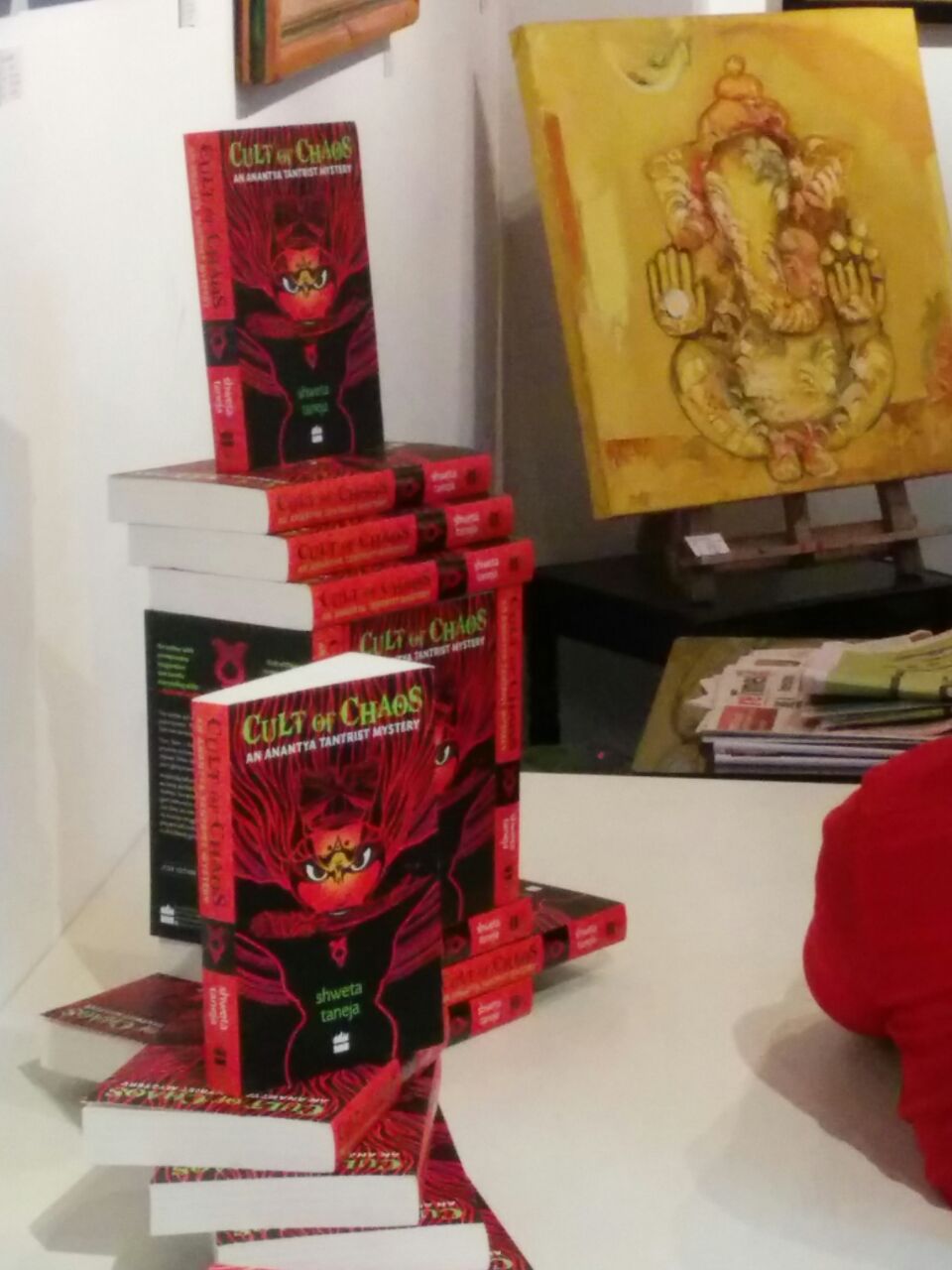 Cult of Chaos is not an easy book for anyone to like, as in anyone from traditional media. Some say no, because it’s a tantrik book, a fiction supposedly encouraging superstition (without having read it of course). Which is weird really. It’s fiction, created stuff! Some of them have said no to the book because it’s too violent, sexual (though there’s not even a single sex act in the novel. Yup, still, Anantya’s such a character that you imagine that she would be doing all kinds of perverted thingies. Which is true actually). So it was quite nice of the kind people over at New Indian Express to give the book a chance and actually use this hair-raising prologue of the book.

Check it out online.

EXCERPT (Here it is. From the Prologue)

He looked at her body, naked except for the kumkum, which looked more like black smears in the moonlight. For a moment, his heart lurched. She was just a child, really. Could he go through with this? The phone rang, making him jump. He didn’t bother to check the number. He knew who it was. It was almost twelve.

‘Jai Kolahalnath!’ he whispered, the doubt of a split second ago already forgotten. He listened for a few seconds and nodded. It had to be done. This was his destiny. His part in a greater story that would unfold. His part in recreating the world. Purifying it. They would remember his sacrifice in the new world. He placed the phone at the apex of the triangle. Its screen glowed for a second before automatically darkening. The phone crackled like a strangled deer. They had started the mantra, so should he. He stepped out of the yantra and picked up the small black velvet package that had been placed beside his bag. Its velvety leaves opened at the touch of his hand, one by one. His heart began to race. Even though he knew what lay inside, he gasped. The exquisite blade, not much bigger than his palm, was pure white, it glowed from within. It was perfectly sickle-shaped, a broad arc, its middle thicker than the ends. The handle was white as well, only it wasn’t luminescent, but gleamed nevertheless like polished marble with intricate ancient motifs carved upon it. It looks so delicate. Can it be as old as they say it is? The knife quivered and shook in his hand slightly. It wants to go inside, he thought with mild surprise. He had been told that this could happen, but to actually feel it was something else altogether. The knife had attached itself to his left hand, almost becoming an extension. A thrill of excitement passed through him. He looked at the girl lying in the centre of the circle, her legs apart. It was time.

As soon as he bent down, the blade rushed towards the girl, like a hound with the taste of blood in its hungry mouth. All that power. He felt like a slave to a vastly more powerful master. The knife’s arc turned in his hand, its sharp end pointing down, thirsty. A drop.

The mobile phone crackled with excitement as the mantra recitation at the other end quickened. They could sense the blade’s excitement too. The triangle had started to glow like a yellow neon sign. It was so beautiful. He felt tears in his eyes, his left arm stretched, his body crouched, his head bent in submission. Her virgin blood. Finally, after months of practice, years of yearning. Finally, he would be the one to set the wheels in motion. Tonight. He closed his eyes and started to whisper the mantra. The last one.

‘Aum Ain Hreem Shreem Kolahala Namaha!’ I offer you the ultimate gift, my lord. My blood, my born, my seed, my all.

(Excerpted with the permission of Harper Collins India)