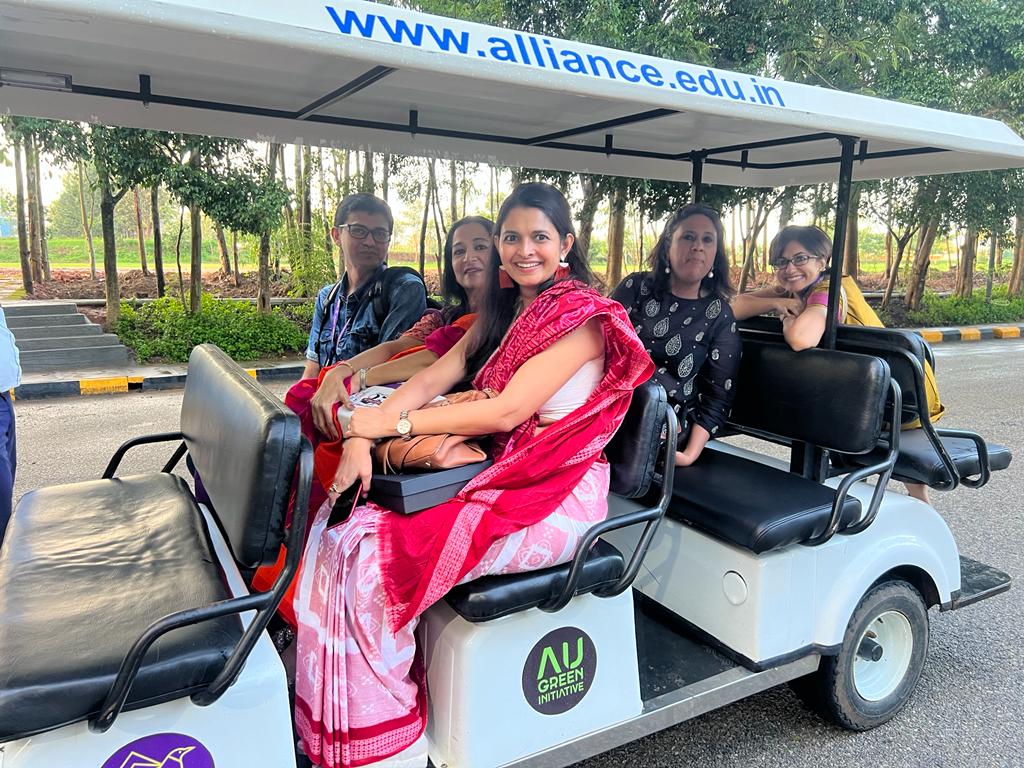 Last week, I was invited to the Alliance Literature Festival at the Alliance University. In any festival, it’s the conversation with people – readers, authors, attendees that remain with me.

At #ALF2022, I had a long-drawn conversation with fellow panellist and art historian Alka Pande, a softly spoken, reflective personality who told me how she started the India Habitat Centre’s art gallery. I have spent many an afternoon in that gallery and remember artwork that made me wonder and dream. So kudos and thanks, Alka, for all that hard work.

I also hung out with exuberant graphic artist Pinaki De for the first time. A Kolkata maverick, the first thing he did was gave me a signed copy of his latest anthology #Longform which ensured that I’ll be a sworn loyalist to him. (Books are the best gifts folks!) Unfortunately, I had none for him. Pinaki and I were on a super-fun panel on comics with the witty George Mathen (popularly known by his pen name Appupen) where we discussed (how, gulp…) comics are an art form. It went well, considering half of the school kids left in the middle and the rest clapped after each sentence.

If you don’t know by now, I’m a fangirl for Appupen’s work. Not only is he kind and witty – great, entertaining company – he’s also one of the best fantastical graphic artists in the country. I met him eight years ago after seeing marvellous frescoes in a Bangalore pub and chased him till he drew the covers for my Anantya Tantrist Mystery series. Those covers remain special for me still.

In the alleys of the festival and in a buggy, I hung out with two Mumbai-friends – ever supportive and prolific Kiran Manral and book debutant Anindita Ghose – both of whom are talented media women I’ve known online and about for years. The media buggy was completed with the formidable journalist Barkha Dutt who I shook hands with, quite formally I must say.

Among the Bangalore literati crowd, quick hugs were given to many old friends with whom I didn’t take photos with. What’s the proof I hung out with them?