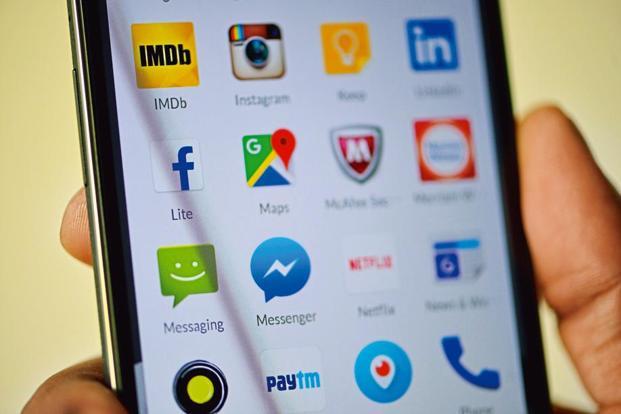 Smartphone users are tired of downloading and updating apps. It’s time for businesses to think about Webapps

Gunjan Jain, a Delhi-based media professional, spends most of her time on her iPhone 5s, which has 16 GB space, with no memory card slot to add more. To save battery, she has switched off the auto update feature for the 20-25 apps she has on her phone. She manually updates apps on her phone every month. “Sometimes I have to delete old apps before I can try new ones as there’s no extra space for them on the phone,” she says, wishing there was a simpler solution.

It was storage space issues that made Bengaluru-based Kiran Jonnalagadda, a technologist and founder of HasGeek, a community of technologists, buy a OnePlus 2, with 64 GB extendable space, six months ago. “I’m a heavy app and data user and have over 100 apps on my phone,” he says.

Although mobile applications, as we know them, have proved to be quite useful, they’re also inconvenient. The ones you can download on your Android, iOS or Windows 10 smartphone are called native apps. If your phone doesn’t have enough storage space, these apps can become a massive headache. The solution lies in using apps on Web browsers, such as Google’s Chrome or Mozilla’s Firefox, on your phone.

Apps that you use through the browser are known as Webapps. The primary benefit is that these do not need much space on the phone, because there is nothing to download. Second, you don’t need powerful specifications to run all the latest apps, so even an affordable Android phone will do just fine. It helps that the experience of using Webapps isn’t that much inferior to native apps, at least not any more.

A Webapp functions like a conventional app, and has access to the phone’s accelerometer, GPS, gyroscope, touch screen, Bluetooth, etc., offering a similar user experience. Also called progressive Webapps, these are built in the HTML5, CSS and JavaScript coding languages and are compatible across new major browsers and platforms. “They don’t occupy much space on your phone, there’s no need to download new versions, and they’re much easier for a developer to maintain,” says Jonnalagadda.

The trend is catching on. For example, the popular Microsoft Office suite is also available as a Web version, and so is Apple’s iWork.

There were 1.6 million apps on the Google Play Store as of July, according to Statistica, an online portal for data. The Apple Store has 1.5 million apps. An average user in India uses only 11 apps in a day, according to a report by Quettra, a California, US, based mobile intelligence company. Which means that it’s becoming harder for app developers to convince users to download apps. On the other hand, a Webapp creates URLs, so search engines like Google can index them and make pages within an app discoverable.

“Native apps give more experience to users—slicker touch and feel, more responsive experience, notifications, comparisons and social shopping, which Webapps till now didn’t allow,” says Peeyush Ranjan, chief technology officer, Flipkart. The popular e-commerce platform wanted to change that with Flipkart Lite, a Webapp it launched in November. For it, they worked with Chrome and Opera engineers to build features. “The end experience is exactly like the native app,” says Ranjan. “It’s just like our desktop, where downloading has become an artefact and we stream everything, including media, within the browser. Now we only download apps like Photoshop. Mostly we browse. That’s the direction apps are taking on mobile,” he says.

Browsers such as Chrome, Firefox, Opera and Safari are already catering to the demands of businesses and adding access to mobile hardware like Bluetooth, camera, mic, vibration, GPS, even allowing Webapps to work in the offline mode. “Webapps can now use these enhanced capabilities, and I expect more people to switch from looking at native apps as their primary platform,” says Shwetank Dixit, a Web evangelist at Opera, which has more than 350 million users worldwide. David Bryant, interim chief technology officer, platform engineering, at Mozilla, says, “These apps make sense particularly where the network support is bad.”

The World Wide Web Consortium (w3c.org), an international community that develops standards for the Web, is working to create Webapp standards. This includes how Webapps will handle graphics, device notifications, payments, data storage, GPS and the accelerometer. “You can create one app for all platforms, and new platforms can enter and compete on more even ground,” explains Michael Kende, chief economist, Internet Society (Internetsociety.org), an organization that frames Internet policy and technology standards.