Studies suggest that even if you exercise for 30 minutes daily, you are prone to heart disease and spinal problems if you spend a large part of your day sitting. By Shweta Taneja

Rakesh Mehta, a 32-year-old business manager with a consultancy, spends most of his workday attending meetings, taking calls and writing instructions through emails, all sitting in his office. Once at home, he watches TV before going to bed. In a day, he spends around 8 hours sleeping, 2 hours standing or walking from one place to another, about half-an-hour exercising and the remaining 13-odd hours sitting. 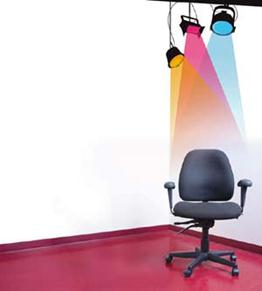 Don’t be surprised if your own calculations throw up similar results. Like Mehta, most of us belong to a generation of sitters, thanks to technology’s little conveniences. “Most of us spend almost 95% of our waking hours sitting,” says Marc Hamilton, professor at the Pennington Biomedical Research Center, US, in an email interview. He labels today’s generation as “active couch potatoes”, and those who manage the required 30 minutes of exercise everyday as “exercising couch potatoes”. His papers, published in journals such as Diabetes (2007) and Current Cardiovascular Risk Reports (2008), show how excessive sitting time is harmful to cardiovascular and metabolic effects. This can lead to lifestyle diseases such as hypertension, cardiovascular diseases, obesity, type 2 diabetes, heart attacks, and some cancers, irrespective of the time you spend exercising.

Hamilton’s research, which is supported by a growing body of research into a concept called inactivity physiology, is trying to establish a link between disease and sedentary behaviour or prolonged sitting. “It’s a new way of thinking about physical inactivity or our sedentary lifestyle,” says Hamilton.

According to a study of 8,800 adults published in January in Circulation: Journal of the American Heart Association, for every 60 minutes you sit watching TV daily, you may increase your risk of early death from cardiovascular disease and cancer. Inactivity just doesn’t suit humans, according to Hamilton. “The enzyme LPL (lipoprotein lipase), which usually acts like a vacuum cleaner and sucks up the bad fat in your blood and converts it into muscle, shuts down when you are sitting or lounging,” he explains. It’s like our body’s good workers go idle when we are sitting, so more fat stays in the blood and starts getting deposited in the belly fat and other organs. “When you are inactive for a prolonged period, your muscles become placid and lose their tautness. You also tend to gain weight, especially in the midriff area,” says Sanjay Mehrotra, senior consultant cardiologist, Narayana Hrudayalaya Hospital, Bangalore. The fat which gets collected in the central part of your body, starts behaving like an endocrine gland, he says. It secretes hormones which lead to an increase in artery-damaging fat in the blood, causing obesity, hypertension and diabetes.

Other than the heart, your back, spine, shoulders and hips develop problems due to prolonged sitting. “Your spine is made to stand. When you sit for longer hours, to be in a perfect posture with a straight back, you need very strong back muscles,” says Shiv Kanwat, consultant, physiotherapy, Moolchand Orthopaedics Hospital, New Delhi, who gets many patients who are in their early 20s and mid-30s with neck, lower back or shoulder complaints. And since most people do not have very strong back muscles, they tend to slouch after long hours of sitting, leading to the lower back slouching forward and shoulders drooping. Over time, this leads to pain in the shoulders, neck and lower back.

The problem is multiplied because ergonomics is not something most Indian firms include in their priority list. Bhavna Popat, 28, developed lower back pain after just a couple of years of working in a call centre. “The chair at my office was the problem; it was just too straight,” she says. Though her chair was changed later, it was too late to save her back. “The ergonomics in most companies are pathetic,” says Bipin Walia, senior consultant, neurosurgery and head neuro spine surgery, Max Hospital, New Delhi. “If you are sitting at a desk for 8 hours, a bad chair and badly placed computer can do a lot of damage to your spine.” Such repetitive stress injuries (RSI) affect muscles, tendons and nerves of the neck, upper and lower back, chest, shoulders, arms and hands.

A research study published in October in the International Journal of Innovation, Management and Technology on ergonomics-related health problems in people in Indian IT and IT services companies, found that 42% of the 650respondents felt “pain or aching in wrists, forearms, elbows, neck, or the back followed by discomfort”. Almost 50% of them felt that the reason for this was “sitting in the same posture for continuous long hours”. Not surprisingly, almost 72.5% of the respondents felt that their company had not taken notice of their problems and nothing was being done to improve the ergonomics at work. Bad ergonomic conditions lead not only to health problems but also loss of employee productivity. Dr Sharan, who runs programmes on ergonomics in companies such as Oracle, Hewlett Packard and Wipro, says he has received positive feedback from the employees after the programme. “Rather than investing in expensive gyms, employers should invest in well-designed chairs and workstations to improve productivity,” he says.

Mumbai-based fitness expert Leena Mogre has started a special fitness course aimed at what she calls “professional sitters”, or people who live life at a right angle position. “Your spine is always bending forward, which leads to your core, abs and lower back becoming very weak,” she says. Her exercises help strengthen these areas, she says.

Get up and gossip

The good news is that if you lead even a normally active life, you can undo all these sitting-related injuries. According to a study published in Diabetes Care in 2007 in Australia, constant light-intensity activity is good for your body. So even a little activity such as taking a coffee break (without having coffee) or taking a short walk during lunch break can protect your heart. “The idea is to slow the process down and the way is to remain active physically,” says Dr Mehrotra. “Walking increases your metabolic rate, burns some calories and keeps your heart pumping.”

Taking a break has an additional benefit of giving your back a break, says Dr Kanwat. “Your joints need to constantly move.” Walk for 1-2 minutes every 20 minutes of sitting, catch up on some gossip by the coffee machine and you should be all right.