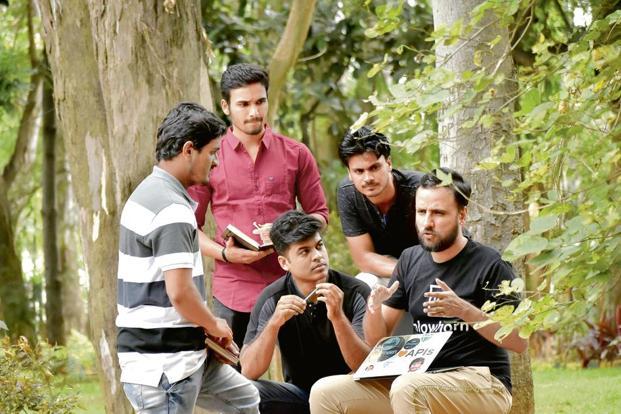 Startup founders are doing meetings in newer ways to save time, increase their efficiency and also be much more productive.

When Mithun Srivatsa, co-founder and CEO of Blowhorn, a logistics startup, began his company, he had a small office in HSR Layout in Bengaluru, which could seat only four people. “I did five meetings a day, and it got too stuffy being in a room all day long,” says the 34-year-old. That was the reason he moved meetings to a beautiful park nearby. “I’ve interviewed possible employees, held training sessions and discussed growth plans with angel investors, all in that park,” he says, adding that he loved the idea so much that he has continued doing what he calls ‘park meetings’ once every day, even though the startup has a bigger office now.

Founders get out of the office

“A park changes the mood, eases the context and gives you space for small talk. It’s better for heated discussions too,” he says, adding that all kinds of possibilities open up in a meeting at a park. In one such incident, Srivatsa recalls, he was interviewing for a possible senior role position on a park bench, when the meeting turned into a lengthy discussion about the startup’s vision and mission. “At the end of it, this person wanted to put in her own money into my startup,” he laughs.

Creative meetings are a walk in the park

A 2014 study from Stanford, agrees with Srivatsa. Upon researching on people meeting at offices versus walking, the study found that walking boosts creative inspiration and leads to divergent thinking, where you explore many possible solutions to a problem.

That’s the reason, like Srivatsa, Archit Gupta, founder and CEO, ClearTax, an income tax e-filing solution, keeps his Sunday meetings with his co-founder, Srivatsan Chari, at Cubbon Park, one of the popular public parks in Bengaluru. “As we talk about growth strategy, Srivatsan, plays with stray dogs,” says Gupta, 33. The relaxed atmosphere makes them come up with creative solutions for their business and also reconnects them over fond memories of growing up together. “Mobile meetings are not only good for blood circulation but great energy boosters and diminishes hierarchical boundaries, putting everyone at ease, allowing free flow of dialogue and creating stronger personal bonds,” says Gupta, who has since then turned a couple of his everyday meetings into walking meetings.

With international work teams and timing, and smartphones with applications like Zoom, Skype and even Whatsapp, meetings on the go are a norm. However, overwhelmed with a continuous stream of meetings and communication, people are taking innovative, individual routes to keep meeting fatigue at bay.

Bhavin Turakhia, founder of many startups like Flock and Zeta, has over 100 meetings, every month. Over the last couple of years, this self-confessed stickler for meeting productivity has taken individualization to the height, building customized workstations in all the offices he works from—at his home in Mumbai, as well as his offices in Mumbai, Dubai, London and Los Angeles. “I don’t like to waste time when I travel for meetings,” says the 38-year-old.

“This way, I literally, pick up from where I left off, no matter which office.” Turakhia has a “specification document”, which lists down what he needs in a customized chair, arm rest and desk, including a Benel-designed custom-made chair with dual motors and a sit-stand, seven-feet long desk, which costs anywhere between ₹ 80,000-Rs 1,50,000 per set. “I’ve customized this system over time, creating an exact configuration of three external monitors, monitor stands, exact lighting levels, video conference units and my distance from the entire arrangement.

This minimizes distractions for me, no matter where I’m working from,” he explains. Since travel time to his Mumbai office has increased, he has even had his Innova modified with a work/entertainment station that includes a monitor, so his meetings continue when he is stuck in Mumbai traffic jam.