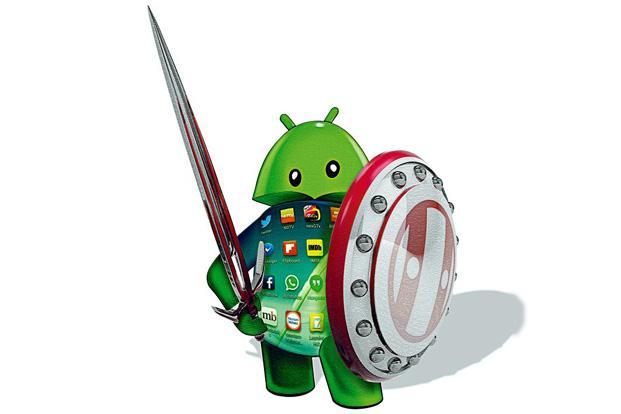 Is your ‘droid’ device protected against increasingly devious virus attacks? If not, here are some life-savers

Of all the new threats against mobile operating systems in the second half of 2013, 97% were targeted against Android, according to the “Threat Report” released by security research firm F Secure Labs in March. It doesn’t end there. According to the report, India tops the list in reporting Android malware.

Given that 93% of Indian mobile Internet users are on Android, according to research firm International Data Corp., that’s not surprising. “Android is the most popular and widely used operating system worldwide, with over a million new devices being activated every day,” says Ritesh Chopra, country manager (India) at software security firm Symantec Corp. “When it (Android) gave smartphone users more freedom to install software from outside their official marketplace, it also opened the doors to malware authors, who have spent years honing their techniques,” he adds.

In a February report, Symantec stated that on an average, 272 new malware variants and five new malware families targeting Android were discovered every month in 2013. “These threats can steal your personal and financial information, track you, send premium-rate SMS messages, and display intrusive adware,” says Chopra.

Android has been designed with multilayered security to anticipate and tackle malware attacks on it as well as attacks on third-party apps in its official marketplace. But what Google didn’t anticipate was the illegitimate marketplaces on the Internet.

“Today, it’s Android’s compromised versions of legitimate apps that have become a problem,” says Sriram Raghavan, security and forensics consultant, Secure Cyber Space, a firm that helps businesses secure their Web presence. These versions are available on unregulated third-party Android marketplaces, or free versions of paid apps that can be downloaded from anywhere and installed. They work exactly like the paid app but with a slight difference; they have an innocuous additional code inserted in them, a malware. Raghavan believes security apps might offer at best limited protection.

Once the malware is inside your system, it can do anything, from getting access to voicemail, call logs, notifications, user passwords for apps, or even sending SMSes. “You can update your software but some malwares are smart and update with the operating system,” says New Delhi-based cyber security expert Dominic K. The best protection against malware is to disable apps downloaded from unknown or unauthenticated sources.

“Trust only the Google play app store or the device manufacturer’s online store,” says Raghavan. Also, never connect to open or unknown Wi-Fi networks and remember to install an authenticated remote wipe or lock app in the unlikely event that the device is stolen or lost. Plus, always lock your screen when the device is inactive. And of course, choose one of the apps we list here to better protect your device.

Other than scanning the apps you install and checking your phone constantly for malware, the 4.0 version of McAfee updated in March, can wipe off your data and restore it from a backup if the phone is stolen.