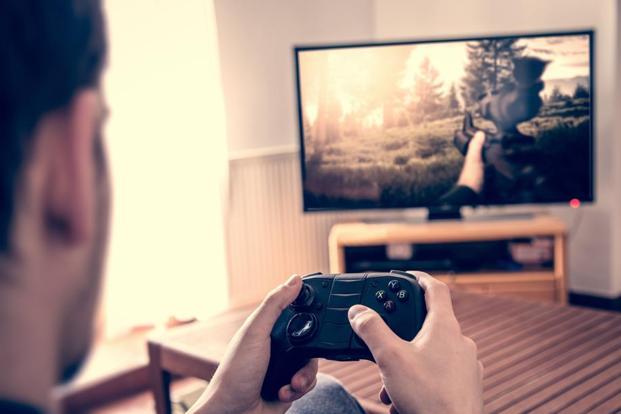 Online games are a spiral of challenges and achievements

Most games are addictive because of the challenge involved, says Mehul Shah, a 24-year-old gamer who can understand the need to complete tasks, even in an extreme game like Blue Whale. “There’s constant competition, ranking boards, level up, which drive you to be the best amongst others. Once you’re in it, there’s no coming back and you strive hard to achieve the next level, the next goal.”

As a student, four years ago, he would log on to Dota 2, a multiplayer game, for 10-12 hours a day; now that he has a job, he plays for 2-3 hours a day. “Some gamers get so involved that they can’t differentiate between a real and virtual challenge. Completing the next task, reaching the final, is the only thing that matters even if it’s an extreme one,” says Shah.

The online games world is designed to suck you in, just like any other addiction, explains Sandeep Vohra, senior consultant psychiatrist, Indraprastha Apollo Hospitals, New Delhi. The first few levels are invariably easier, so they give you a sense of achievement, but as you go higher, the levels become tougher, and you have to spend more time and energy in getting the same high. “This sense of achievement targets the brain’s reward system and compels the gamer to perform the act again and again so as to dip into that pleasure of achievement again,” says Dr Vohra. There is an additional high: the feeling that you can solve something, even if it’s not a real-life issue, he adds.

Online games are free of expectations

Then there’s the anonymity that the online world offers, freeing you from societal and real-life expectations and responsibility, says Deepti Kukreja, consultant psychiatrist, Nanavati Super Specialty Hospital, Mumbai. “There is no control, no authority, no one is watching over you, and you can explore things, be someone else. All this makes it very, very tempting to experiment, seek out an adventure, take a risk,” she adds.

Some games and online challenges make you feel like a lord, agrees Himanshu Goyal, a Bengaluru-based entertainment marketing professional who has been a gamer since he was 9. The constant action makes you feel like you’re a hero, that you’re up to something amazing. “In real life, you might be a mediocre person with a 9-5 job, but in your virtual one, you become a game lord, a hero, people follow you, they look up to you, and that beats anything real life would offer,” says Goyal. He actually believes that decades of gaming has improved his reflexes and ability to think spontaneously.

Too much gaming, however, can blur the boundaries between virtual and real, says Manjiri Deshpande, psychiatrist, The Pediatric Network, a Mumbai-based child health support company: “You might get so involved in a game that you forget that in online games, heroes die and reappear in the next level, but in real life, the real world, it’s not possible.”