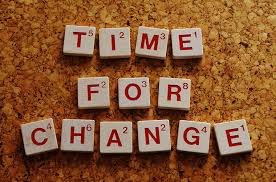 A midlife career switch can be a good idea—but be prepared for challenges along the way. In 2014, over a beer, childhood friends Kamal Karanth and Anil Kumar Ethanur decided to quit their high-paying jobs as managing directors of competing international staffing firms and start a business together.

“We never imagined we would start our own company,” says 45-year-old Ethanur, “but I saw entrepreneurship as the ultimate challenge and wanted to give it a shot.” Karanth felt his career was stagnating and wanted to tap into the fast-growing staffing industry, pegged to grow to a $20 billion (around ₹1.3 trillion) market in India. “We weren’t making any difference to our clients beyond filling their recruitment needs,” says 46-year-old Karanth.

For a year before he took the plunge, he researched on the how-tos of starting a business and began to change his lifestyle. “I found a new job for my driver, moved my assistant off my work, sold my car, before I started Xpheno,” he says. In hindsight, this helped him adapt quicker to the life of an entrepreneur.

People change careers for many reasons. It could be stagnation or sheer boredom, the absence of challenge. “Around midlife, you want to do something purposeful and understand who you really are,” says Prof. Srinivasan Tatachari, T A Pai Management Institute in Manipal. Prof. Tatachari switched tracks when he turned 40, opting for academics after working in the corporate world. “I had a well-paying job at Wipro when I quit to do my PhD, was already married, and had a small kid to take care of,” he says.

Other than financial constraints, he had to learn how to chart the world of academics. “I needed a lot of discipline and hard work to make it work,” he says, adding that his age actually helped him as he had both discipline and perseverance for research in greater degrees than those younger to him. “In academia, if you’ve had previous careers, students and colleagues look at you with respect, which is advantageous,” he says. However, he feels it’s important to keep at it and take adequate time to prepare for a career change.

Despite the challenges, late-life career changes often result in a positive emotional outlook, according to a study published in January in The International Journal Of Ageing And Human Development. Three important factors contribute to this.

“If you have the financial resources, your family is supportive, and you wanted to change your career rather than ‘had to’, you will be in a positive state during the transition phase,” says Eric Vogelsang, assistant professor, sociology, at California State University, and the study researcher. It’s important to start saving money during your younger working years to prepare for possible career changes in future, no matter whether you want the change or are forced into it by a change in the economy.