Smoking, stress and a sedentary lifestyle have ensured that heart attacks are no longer affecting just the elderly. We tell you why even the smallest signal should ring alarm bells, and what you can do to manage your heart better

Changing lifestyles, irregular diets and chain-smoking have made heart diseases knock at the doors of our peers, friends, neighbours and sometimes even that young nephew. According to a study published in the Indian Journal of Medical Research (IJMR) this month, cardiovascular diseases (CVD) are projected to be the main cause of disability and mortality by 2020. It is predicted that 2.6 million Indians will die due to coronary heart disease; this would be 54% of all CVD deaths. Coronary heart disease is a condition characterized by the build-up of plaque in the coronary arteries; any disorder related to the heart and blood vessels, including coronary heart disease (heart attacks), is part of CVD. 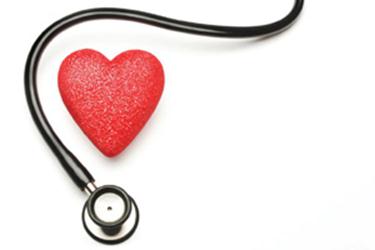 The study points out that CVD-related deaths occur a decade earlier among Indians than among their counterparts in developed countries—in their most productive years, rather than post retirement. Keshava R., interventional cardiologist, Fortis Hospital Bangalore, says: “Ten years ago, we were getting about one person in their 20s for heart attacks. Today, that number in our hospital has become 1-2 every month.”

The reason for the high rate of CVDs in our urban population is not related only to genetics, though Asians are predisposed to weaker hearts than their European counterparts. The culprit is changed lifestyles and the fact that Indians don’t get regular check- ups. In fact, on World Heart Day (Sunday) Max Healthcare released a survey encompassing inputs from 1,000 employees from organizations such as GE India, JK Tyres, L&T, Eveready, Wipro and Hughes Systique, indicating that 76% of the employees of these companies have never had a cardiac check-up and 38% were simply not aware how a healthier lifestyle would affect their heart.

In the following case studies, we talk to three men in their 20s-40s who had to unexpectedly deal with heart-related illnesses. They are now back to their normal lives, wiser, healthier, fitter and more attuned to their hearts, but these stories tell you why even the smallest signal should ring alarm bells and how you can manage your heart better.

Past life: It was mostly peer pressure that prompted B.V. Preran, 27, a businessman in Doballapur, a small town near Bangalore, to experiment with drugs, cigarettes and alcohol since his school days. He joined his father’s business in 2001, and to beat work stress, he started smoking and drinking excessively. “I was smoking 10-15 cigarettes a day, mostly spiked with ganja (marijuana).”

On 10 July, he was out partying with friends when Preran felt shooting pain in his chest, neck and left forearm. His friends rushed him to a general physician, who assumed that since Preran was only 27 his problem was gastritis-related; he gave him medication for that. When the pain didn’t subside, Preran’s mother took him to Fortis Hospital in Bangalore and the doctor on duty, on a hunch, sent him for an ECG. The result showed that his left ventricle was blocked and he was having a heart attack. He had an angioplasty that morning.

Turnaround mantra: Just under three months later, Preran is a changed man. He has given up smoking and drugs completely. He walks an hour daily. Apart from regular check-ups, he has adopted a diet plan that includes more vegetables, pulses and white meat. He has stopped eating out and sticks to home-cooked food, cooked in very little oil. He has also become an evangelist for “No Smoking”.

Doctor’s verdict: “When a patient as young as Preran complains of a burning sensation around the chest area, doctors tend to diagnose it as acidity. Thankfully for him, the doctor on duty suggested an ECG because he realized that Preran was a chain smoker,” says Dr Keshava R., who did the angioplasty. According to Dr Keshava, common reasons for a heart attack in the early 20s are excessive smoking or genetic predisposition. “In your early 20s, the body is too young to suffer because of a cholesterol build-up. Smoking, however, is damaging, whether it is one cigarette or 15,” he says. He stresses that all patients should quit smoking 100%. “If a heart attack doesn’t induce them to quit smoking in the first two weeks after an operation, nothing will.” Stick to a vegetarian diet, avoid all red meats and exercise for at least 150 minutes per week. “Brisk walk is the cheapest and the best,” he adds.

A special thank you to Preran for being frank in the story!