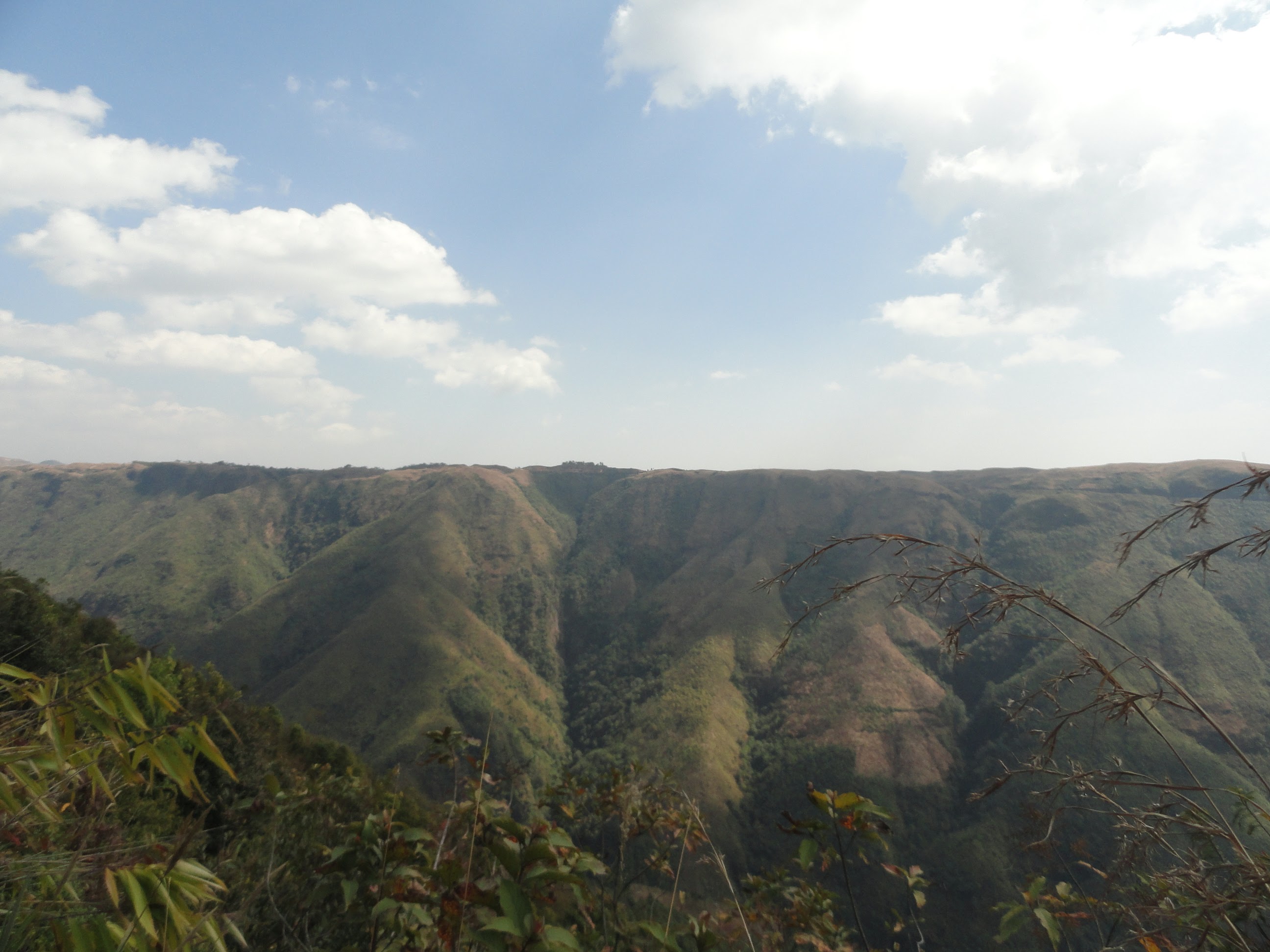 In the beginning of things, there was vast emptiness. God created two beings out of it – Ramew, the guardian spirit of Earth and her husband Basa, the patron god of villages. They had five children, the Sun, the Moon, Water, Wind and Fire. The family provided for Earth, giving it rich soil, fruits and trees and flowers. All it lacked was a caretaker and so God called upon seven families from Heaven and told them to take care of the Earth and planted a divine tree that served as a golden ladder between Heaven and Earth. Every day, these seven families would climb down from Heaven to Earth to till it and cultivate crops. However, soon humans were discontent and began to steal, swindle, cheat and even kill for gain. Angered, God decided to pull up the Golden Ladder and so the seven families were stranded on Earth and had no option but to make it their home. 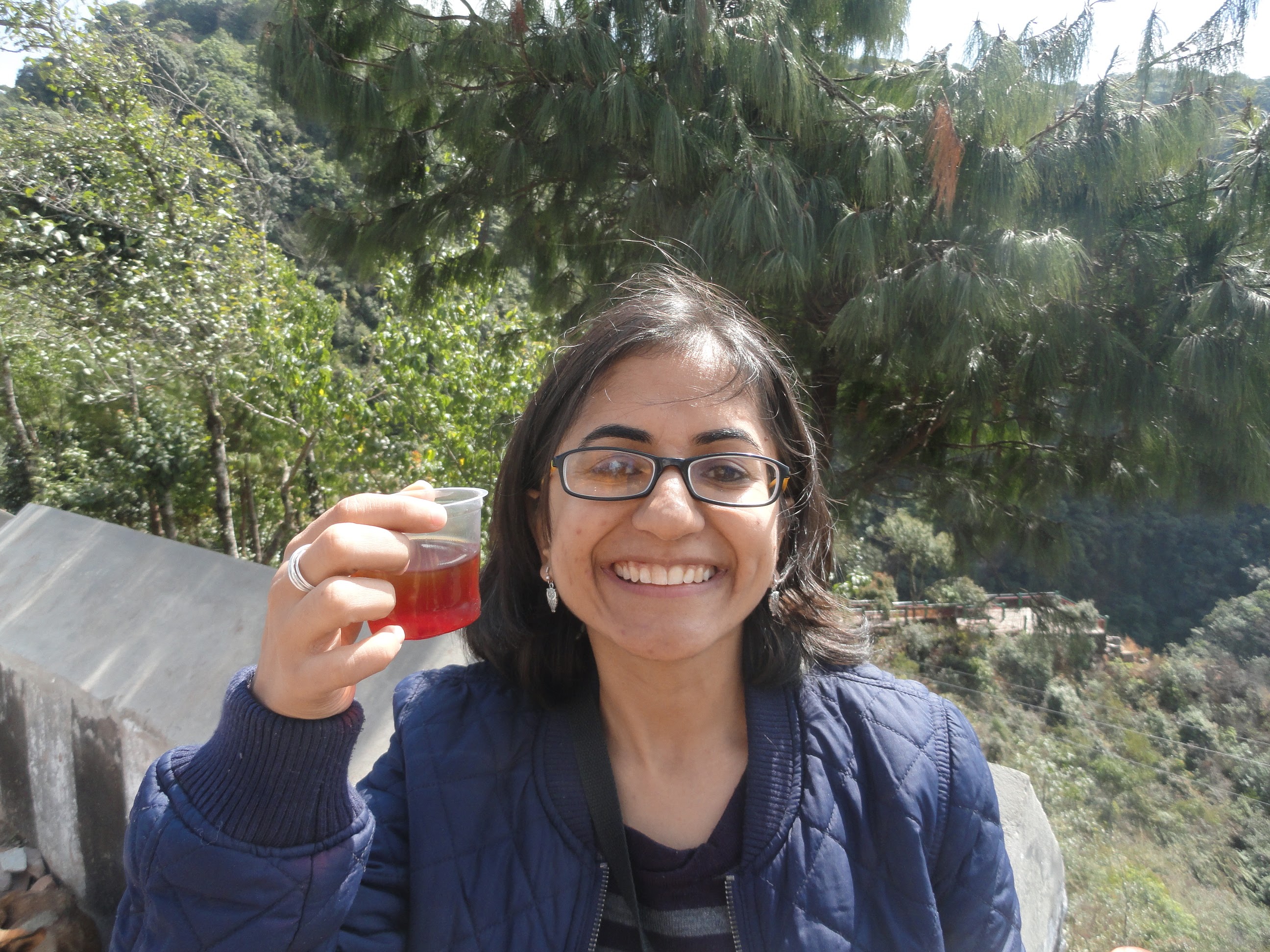 The story rings true as I look over the endless emerald of the rolling hills of Meghalaya’s Cherapunji-Mawsynram Reserve Forest. We’ve stopped at a roadside tea kiosk to sip on sweetened black tea. For a split second, as you see the sun peeping through laden clouds, you can also see a ladder from the skies to earth, the golden light its beams.

Like this origin myth, Khasi people have many stories. Their language didn’t have a script before the missionaries, when they adopted Roman script.

For centuries, oral stories have carried forward Khasi traditions, their collective knowledge and their ideas, generation to generation. There is a story for everything in Khasi legends. Thunder and lightening, a gigantic boulder that looks like an overturned conical basket, the name of a waterfall, a hill, a forest, a village…everything. They even have a story on how they lost their script. The story goes that once a Bengali and a Khasi scholar had to cross a river. The Bengali tied the books to his hair, while the Khasi put it between his teeth. When crossing, the Khasi, a mountain person, almost drowned. Instinctively he opened his mouth and took a deep breath, swallowing his text by mistake. The Bengali script remained intact. However the Khasi script was lost, though the knowledge remained in people’s minds. 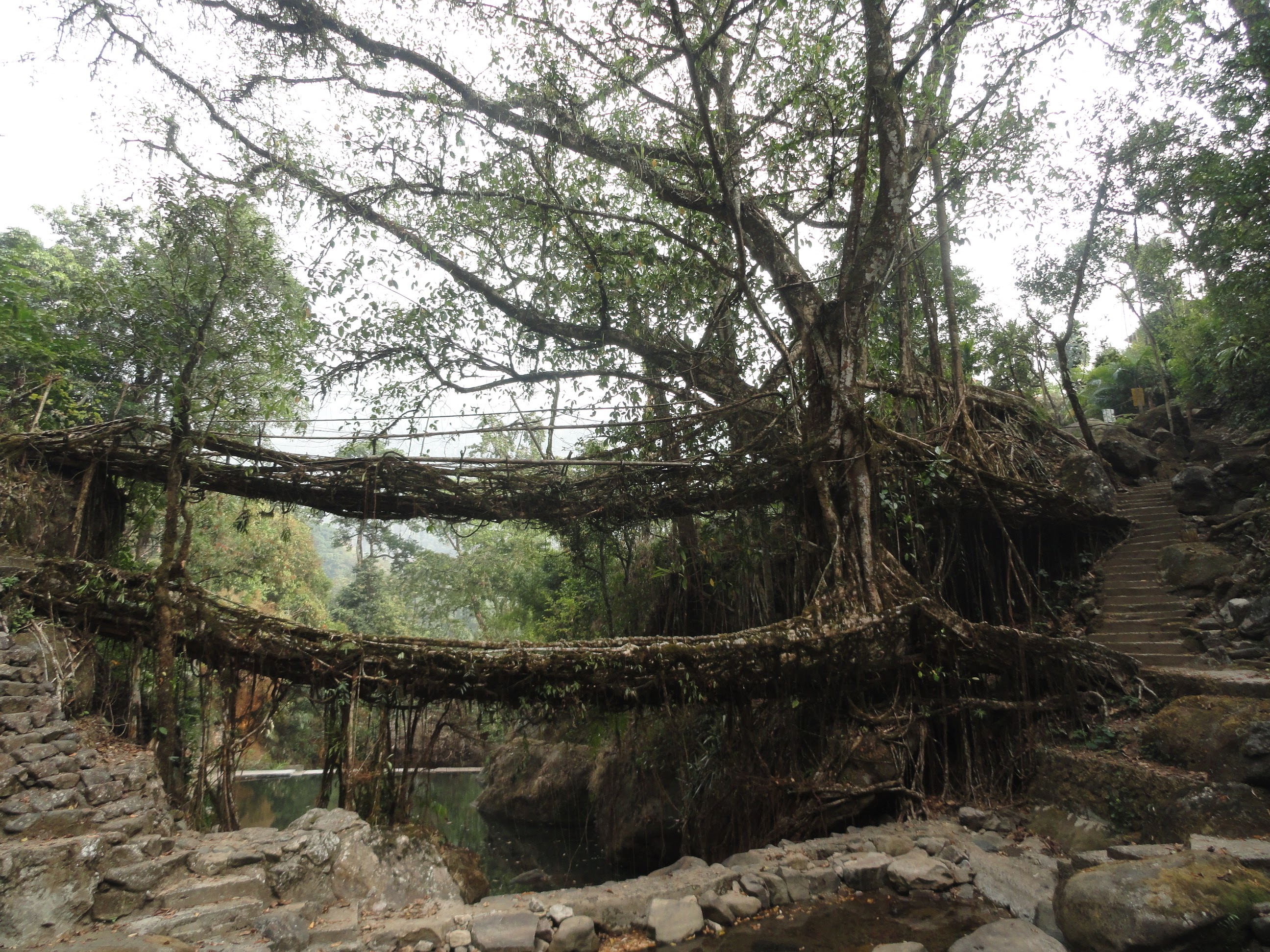 One of my favourite stories is about a dragon spirit called thlen. Legend goes that thlen was born near the village of Rangjyrteh, an abandoned village which stood on top of the famous Dainthlen waterfalls. According to the legend, whenever a group of people passed up their way to the village, the dragon-demon would attack and devour half of them. The only way anyone could escape was to walk alone as the thlen couldn’t devour a half of a single person. The people of the village approached U Suidnoh, a brave and devout keeper of the grove to get rid of the monster.

U Suidnoh befriended the dragon demon by feeding it goat’s flesh daily. After gaining its trust and confidence, he heated a bar of iron in a huge furnace, went to the cave and called out to thlen to open its mouth. When the dragon opened its mouth, he shoved red-hot-iron down his throat. Taken unaware, the thlen violently choked and died. The carcass was cut up and distributed to all for a public feast. A strict instruction was issued that the meat should be ingested at the site and even a single scrap should not be left uneaten as that will allow the monster to spring back to life. 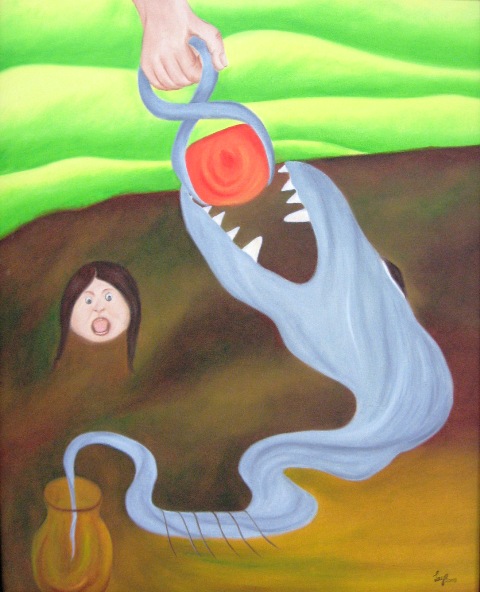 However, an old Khasi woman saved a piece of it to take home for her grandchild. When she reached home, she forgot to give it to the child and lo, the thlen came to life again. In exchanged for sparing her life, the thlen demanded shelter in her house and a regular diet of human blood. It also promised increase of wealth for its keeper. Ever since then, keeping a thlen makes you wealthier, but for that you have to provide sacrifice humans and feed it blood. 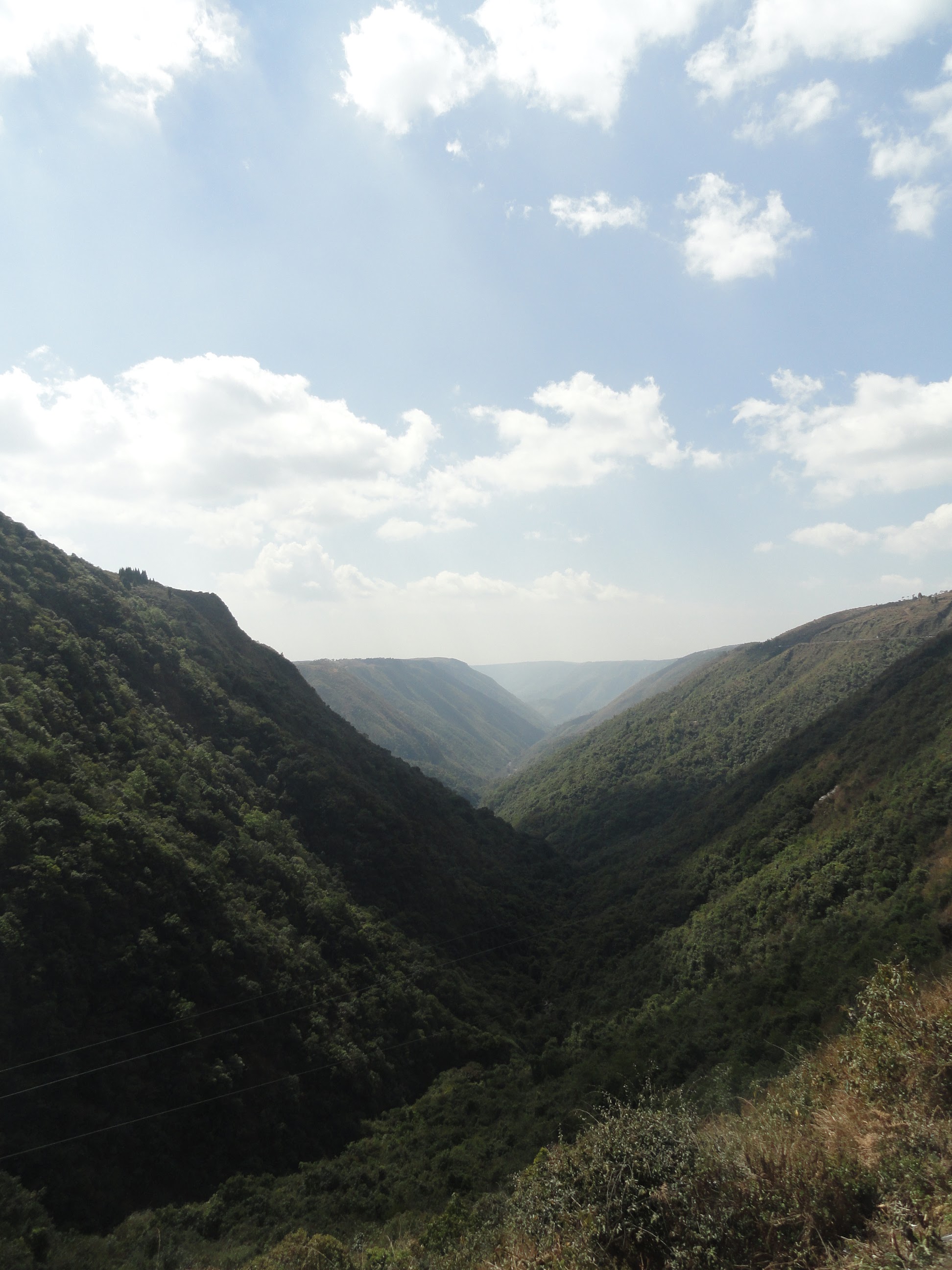 It’s a tale that cautions against human greed and private ownership of land. Decades before the government made private land owning possible, the land in Meghalaya belong to the community and not individuals. In case the owner died, within a few years, the land would go back to the community, ensuring that a single person’s greed didn’t destroy the resources meant for all. Something all the more relevant as mining, both legal and illegal, is fast devouring these iron, coal and limestone rich hills, leaving chipped and ravaged empty shells behind.

First published in Discover India. Credit for a few images go to FolksFestival.in