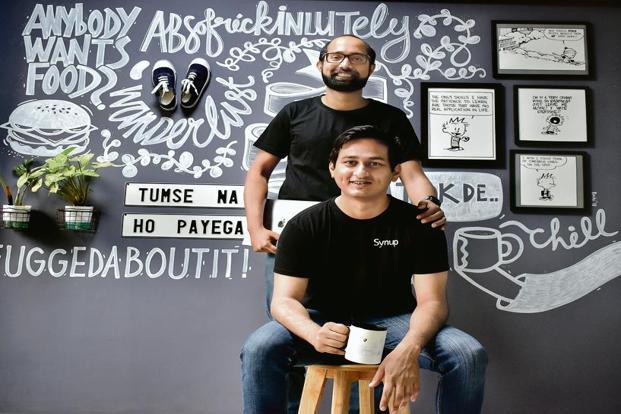 Listen well and you will know the truth. Over a cup of coffee in February, Akash Manohar, the director of engineering at Synup, a Bengaluru-based marketing start-up, made a suggestion to its millennial founder Ashwin Ramesh—change the work timings, because late hours don’t allow the team to pursue hobbies.

“The norm for most tech start-ups is to start late and end late,” says 26-year-old Ramesh. “However, I thought there’s no harm in implementing it and seeing how it goes.” Two days later, Ramesh changed the reporting timing for the tech teams, asking employees to come at 8am and leave by 5pm sharp. He was surprised to see a 20% increase in productivity within a few weeks.

Listening is a skill you must acquire

Ramesh is glad that he picked up the skill of listening to colleagues, and making collective decisions, early in his entrepreneurial journey. In 2016, he also implemented advice on using networks and contacts for hiring rather than advertising on job portals; the suggestion came from Raison D’Souza, also director of engineering.

Ramesh started Synup in 2014. He had worked on another start-up earlier, and was in the Forbes 30-Under-30 list in 2018. “As a CEO, I used to think that the business has a lot to do with me, but I have realized it has just as much to do with the people who work with me and how they feel about the business,” he explains, adding that listening to suggestions, feedback and complaints from employees, customers and colleagues is the most important part of his daily work.

Listen and you shall reap

While most people think being a good listener means not talking when others are speaking, and being able to repeat what others have said word-to-word, a study published in Harvard Business Review in July 2016 suggests that the best listeners are the ones who ask questions that promote discovery and insight, challenge old assumptions in a constructive way, and make the conversation a positive, cooperative experience for the other party.

“The overarching principle of effective listening is to seek first to understand, then to be understood,” says Rick Fulwiler, president, Transformational Leadership Associates, and a program director at the Harvard T H Chan School of Public Health. “It requires much more skill than just passive listening.” This includes not prejudging the person you’re listening to, or formulating a response or rebuttal before someone has finished their message. “Only 7% of what the person says is actually words,” says Fulwiler, “so pay close attention to body language and cultural cues too.”

Active listening is the way forward

Active listening, or listening with empathy, is a life skill for a leader, according to Vasanthi Srinivasan, professor, organizational behaviour and human resource management, at the Indian Institute of Management, Bangalore, who handled an online course on people management for leaders in 2015, with a complete module on the importance of listening to colleagues. “When you listen with empathy, you tell the speaker that their ideas and thoughts are worthy of being shared, you give them respect, and, in turn, these colleagues share information and give you their insights and ideas,” she says, adding that you must keep your mind free of distractions during a team meeting so you can listen better to colleagues.

Ashutosh Lawania, who runs Mfine, a health consultation facility, gives the credit for a chunk of his app users to the fact that he was listening to co-workers during a product meeting of his start-up in October.

An engineer, Ved Mulkalwar, came to him with a design idea that was completely different from the product they were building. “I’m glad I heard him,” says 40-year-old Lawania, “even though it was radically different from the product I had in mind.” He’s also glad he took an in-house doctor’s advice for his app. “Twenty per cent of my users come thanks to Dr Reshma’s advice on partnering with dermatology speciality hospitals early on,” says Lawania.

Lawania implemented the idea in the launch version and the feature has become popular. Having co-founded the successful e-commerce platform Myntra before he started Mfine, Lawania believes it’s essential for leaders to create a culture of listening as good ideas can come from anyone.

Listening not only helps you discover talent and brilliant ideas, it also strengthens your relations with others, says Jean François Mathieu, listening culture designer at Leaders Today, a Geneva-based management consultancy firm that coaches leaders in the art of listening effectively. “You acknowledge the other, give them a clear sign that you value what they’re saying,” he explains. Effective listening is about controlling your internal noise and asking questions to clarify if you’ve understood the other’s point of view. Mathieu adds that an essential component of listening is avoiding unsolicited advice or listing your own life experiences.

Pay attention to more than words

Pay attention to non-verbal and aural clues to detect the emotions of the speaker, hear the facts, and use thinking time to summarize what you’ve heard, he explains.  Ramesh also uses food to bond with employees, doing one-on-one lunches or dinners every day with an employee. “We discuss the workplace, new projects and ideas, and I take down notes so I can make an action list for myself,” he explains. Lawania mixes weekly meals with outings and sport activities with his team to break the boundaries between founders and employees and encourage valuable conversations.