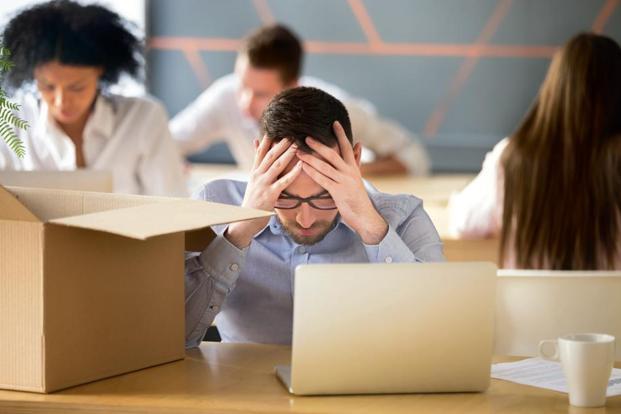 Instead of despairing, Favre decided to take things in her own hands. “I turned the restructuring into an opportunity to negotiate an exit package from the organization,” she says. The exit package she negotiated included not only financial benefits but also access to placement services. “The outplacement service helped me update my resume and LinkedIn profile and assigned me a coach to whom I could speak to every week and keep a track of my applications,” says Favre. It took her six-long months to find her current position as chief executive officer of Next Biometrics Inc., a tech start-up based in Oslo, Norway, which started in February 2017.

Though someone helping you out professionally is useful, it’s usually not enough as you also have to deal with the emotional repercussions of being out of a job. It’s been two years since Mukherjee landed another job in her city, Kolkata, but remembering the lay-off is still emotionally distressing. “What hurt the most was that my manager didn’t even hint at what was happening,” she says.

Mukherjee’s last company gave her no severance package or outplacement, leaving her in a difficult situation till she found her current job. “Since the experience, I cannot plan for the future as I’m always a little scared that something similar will happen to me again,” she says.

Mukherjee is not alone. In a world where restructuring and automation threaten professional and managerial jobs, most people feel at risk of losing their jobs, causing fear, anxiety and ill-health, according to a 2018 study done in the US.