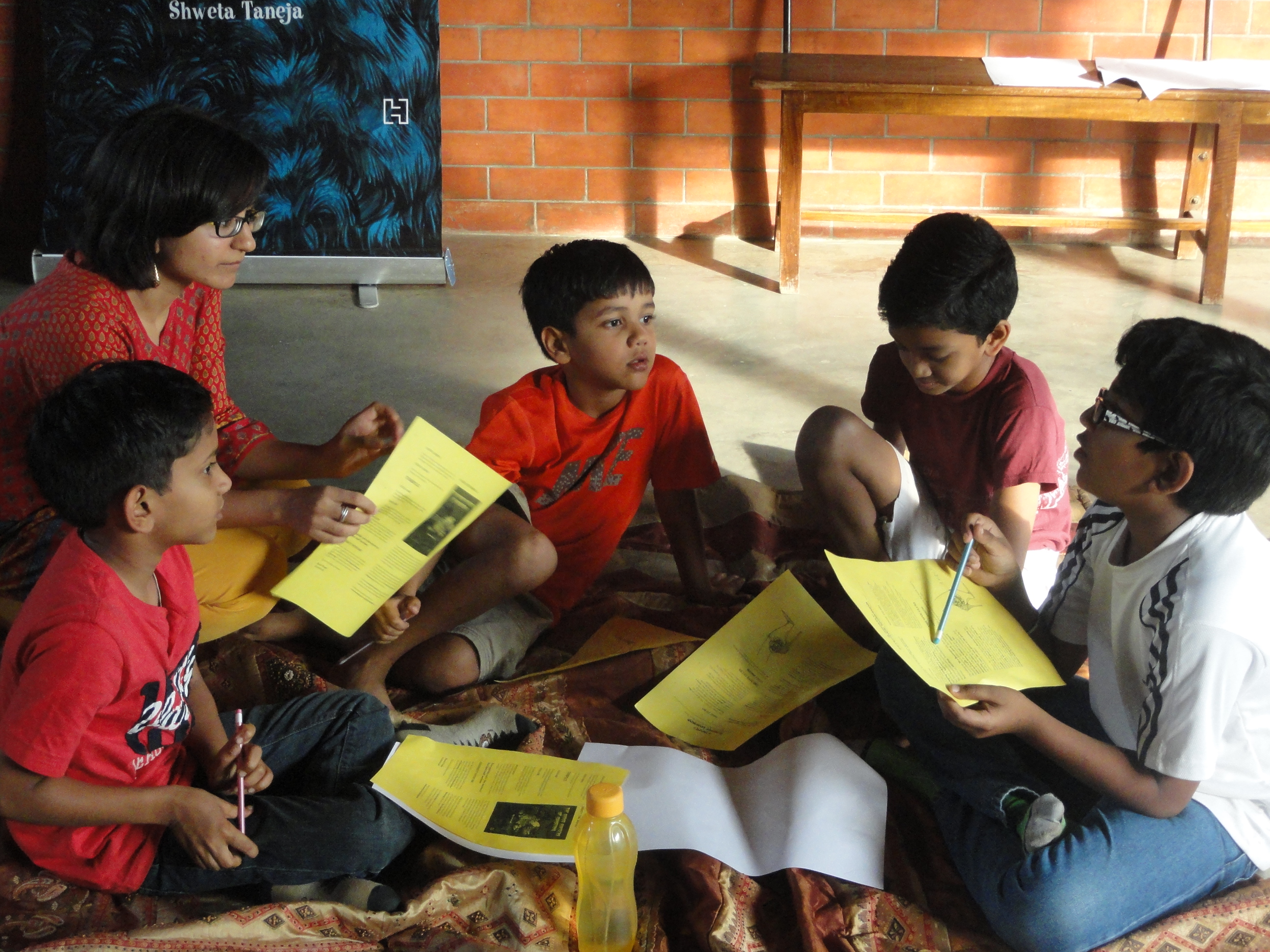 Kartik, Opus and Tashi, the three curious kids in the book The Ghost Hunters of Kurseong have many adventures. Unfortunately, the printed form of a novel could contain only one. Since the three kids have solved many other mysteries in my head since then, I thought, why not use different mediums to explore them? So I created a detective case for kids to solve.

Mrs Bannerjee’s diamond necklace is missing. Timpu, the security guard who has been arrested says it was Golu’s ghost who did it. Who stole the necklace? Where is it now?

I’ve done this workshop multiple times, in multiple cities and spaces. And everytime, it has been a riot. Want me over for a detective workshop? Contact me now.

My realisations about kids from these workshops. The workshop has been conducted in various schools and festivals across the country. Here is a list of them all.

IN PHOTOGRAPHS
Meanwhile, leaving you with a few photographs as well as media coverage of the workshops.