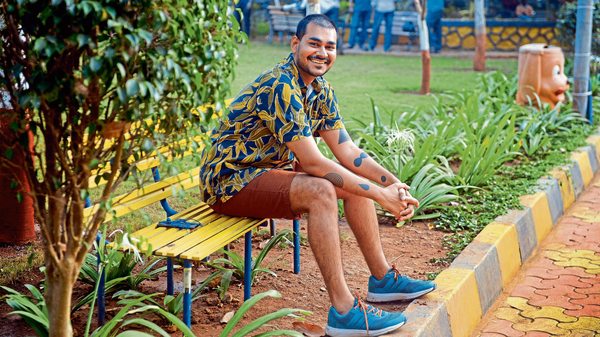 A survey by Tufts University, US, published in December in the journal PLOS ONE, found that Facebook users would require an average of more than $1,000 (around ₹70,000) as an incentive to deactivate their account for one year. That’s the value decided by students who were interviewed.

Though it took him multiple failed attempts, Menezes is glad he left the network. “I have more time in my day and a much larger sense of peace as I control the amount of information that comes into my life,” he says, adding that leaving the network has reduced the stress and anxiety in his life.

It’s an endless supply of information

What Menezes felt was echoed in a 2017 study that was published in The Journal Of Social Psychology. A lot of people find the endless supply of social information on the network taxing, and even a five-day break from Facebook can reduce stress levels, according to the researchers of the study. “We are driven by the fear of missing out,” says Dr Babu, “forcing us to use Facebook to overcome our anxious states and creating pressure on us to respond quickly.”

The urge to constantly update himself about others and being unable to control his reactions made Apoorva Kulkarni, a Delhi-based teacher, quit Facebook earlier in 2018. “Facebook is a tool for legalized voyeurism and I was just tired of reading what’s happening in other people’s lives. I didn’t want my life dependent on others,” says the 36-year-old, who followed her husband in quitting the social network owing to information overload. The other thing that worried her was the use of her personal information.

Over the last few years, Facebook has been in the news for the insidious ways—the latest being the 10-year photo challenge—it has been collecting personal information about users and sharing it with third-party advertisers, leading people to rethink the information they share with the social network. A survey published in September, conducted by Washington-based Pew Research Centre, found that 54% people have adjusted their privacy settings recently, while 42% of the 4,594 respondents said they took a break from checking the platform for several weeks or longer.

Concerns about private data sharing have made Mumbai-based travel writer Vishakha Dinkar Shirke think about quitting Facebook too. “I’ve started with less engagement and spending less time posting and commenting. I’ll quit the network in the first half of this year,” she says. What makes a lot of users like Shirke, who work in creative fields, hesitate when it comes to quitting is that the network is an important tool for their careers. Shirke says she discovers what people are talking about or what the latest trends are through the network.