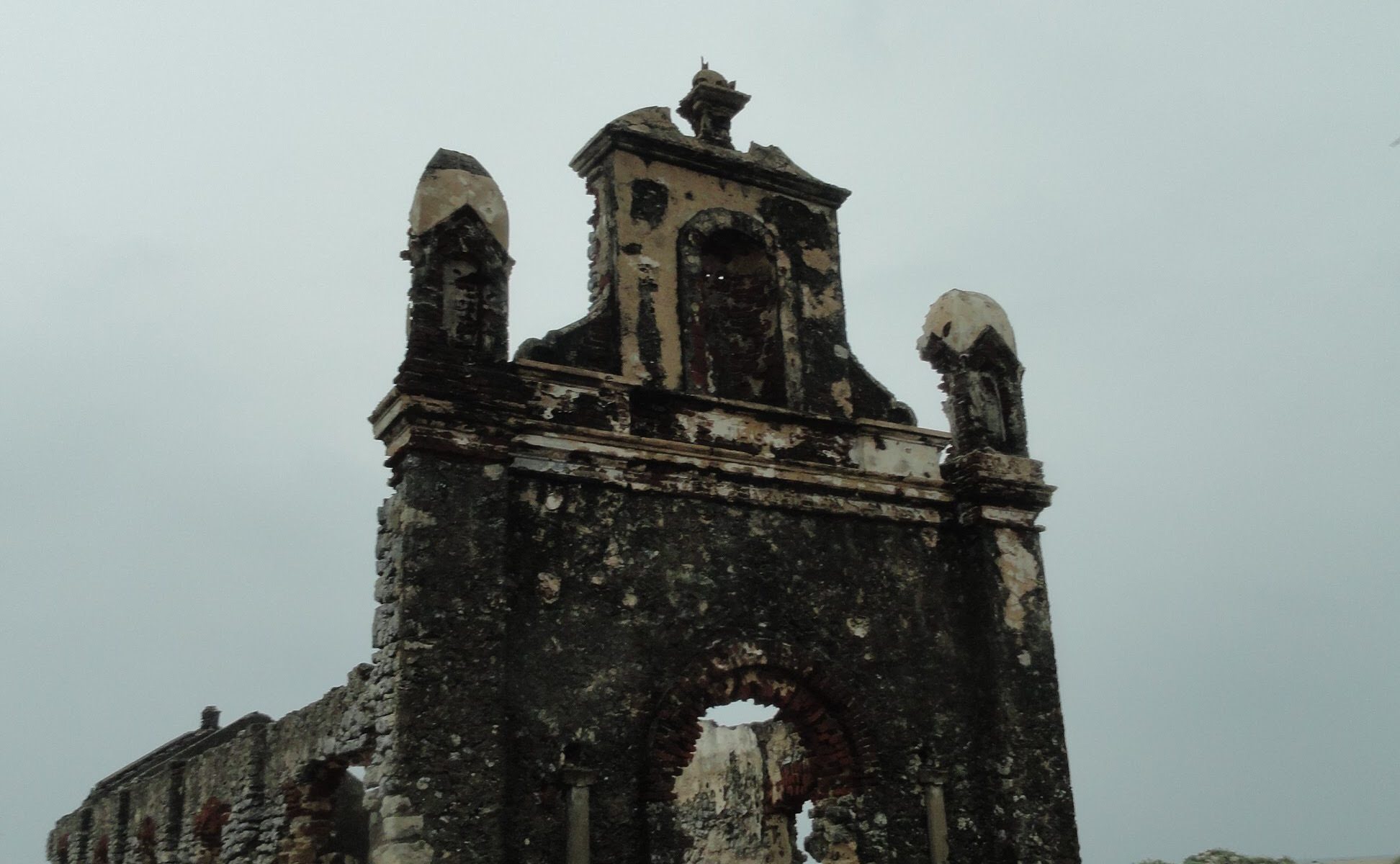 To prove the legend, some even point to satellite imagery of a thin strip of shoals that connect the two countries. According to geologists, the linearly lined pieces used to be a tombolo, a narrow strip of submerged land that connected the Pamban island to Sri Lanka, an umbilical cord between the two landmasses. Varying theories claim it was formed by drifting currents, breaking of a landmass or was the result of sand deposition over centuries. Mythology says it was formed by a whisper of magic for a righteous army to cross over. 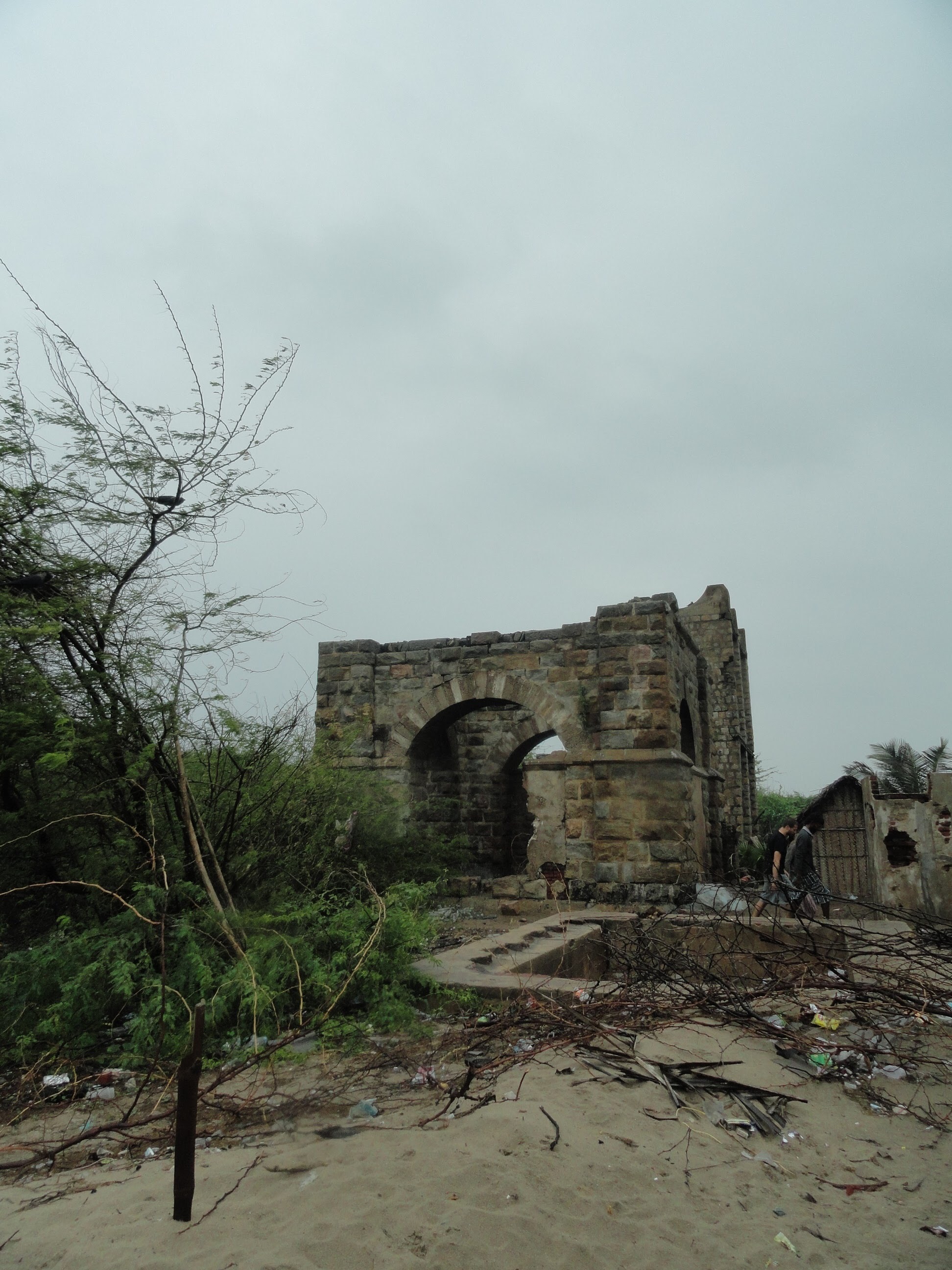 Till 1960s, Rama Setu, also called Adam’s Bridge, was a popular destination for pilgrims in India.

They would throng from across the country to take a dip in the holy waters of Palk Bay and pay their respects to the mythological bridge. One could even go onwards, from Chennai to Colombo by a train called Indo-Ceylon Express or the Boat Mail train started by the British. The train started in Chennai and dropped tourists off at Dhanushkodi. From this point, they took a steamer to reach Talaimannar in Sri Lanka and then took another train from Talaimannar to Colombo. Dhanushkodi then was a bustling tourist town, complete with a school and the playful laughter of kids; a church and two temples for a quick chat with the gods; customs to get your paperwork checked after you head out of a bustling railway station; a post office to send a quick message to family back home before alighting the steamer ferry at the port.

All that changed in 1964, when a high-intensity cyclone hit the town.

Waves which were 25 feet in high attacked the shores with winds of 280 kilometers per hour. A train heading from Rameshwaram to Dhanushkodi got submerged under water, its 115 passengers killed. Before the government could act, a whopping 1800 people were dead, ravaged by the storms. The terrified population of Dhanushkodi fled for the mainlands, leaving the edge of the country a ruin overnight. Till today, the Tamil Nadu state buses that ply to Dhanushkodi, call the destination the Ghost Town, unfit for living, the official name the Government of Madras gave it in 1964. Perhaps that’s the reason why people go there, looking for spirits of the past in its shifting landscape.

The road becomes the middle of a mere sliver of land, threatened by eager waters on either side. Our car shudders as wind whips it hard. Emptied of the bustle of cities, of the safety of land, I feel bare and small, exposed to nature’s power and its mood. Insignificant. As the smooth road scatters into sand we stop the car, choosing to walk on the tiresome sands and the twisted metal of rail tracks, to explore the bravely standing ruins made of brick and stone. Today, Dhanushkodi is ruins and shanties.

The stone shell of St Anthony church braves the winds.

The long legged arches of the old tank, the shell of a police quarters, divisions of an old hospital, empty brick ruins of erstwhile middle class homes—all speak of relative prosperity of the people who lived here, mostly in government jobs. They stand helter-skelter with hurriedly-made huts of 500 fishermen who live there now, their huts clinging together in quite desperation. “When the ocean receded before Tsunami hit in 2004,” says a fisherman, “ruins of buildings rose out of it.” It was only for five minutes that they saw this, before it became waters again. So who knows for sure?

The human silence and the roar of the ocean fills you, almost beckoning you to the far edge of the island, a point called Arichal Munai, the location of which shifts everyday depending on the tide. Your eyes squint to see the horizon where the ghosts of another country rise. And you wonder if the bridge will ever be built again.

This column was first published in Discover India 2017.