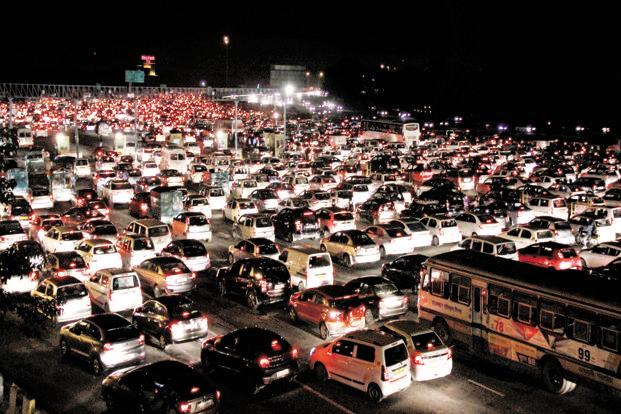 If you are reading this while you are stuck in traffic, here’s what you can do.

One of the stress triggers is impatience. Having to wait for the traffic to move or dealing with the mistakes of other motorists on the road can lead to resentment, anger, road rage, all culminating in stress, a deadly disease, says Samir Parikh, director, department of mental health and behavioural sciences at the Fortis Memorial Research Institute in Gurgaon, adjoining Delhi.

The first step to counter this is to accept traffic jams as something beyond your control. “Ignore it, wait patiently to get out of it, or listen to music. If you’re upset, talk to someone, do some breathing exercises, distract yourself to stay calm and relaxed,” he says. Remind yourself that you’re not the only one stuck.

END_OF_DOCUMENT_TOKEN_TO_BE_REPLACED

Concerned citizens are creating city-specific online innovations to connect people who want to carpool. Time you hitched a ride?

When 51-year-old Neena Goindi’s office shifted to Safdarjung Enclave, New Delhi, six months ago from RK Puram, her first thought was about the stupendous increase in her commuting cost from her home in Faridabad.

She had been accustomed to a long work commute (35km to be exact) for seven years but carpooling with two other women had helped cut costs over the years. With carpooling no longer possible with her old friends, Goindi needed to spend an extra Rs5,500 every month, something she could ill-afford. But the only way to get to the current office location without a car is to change four buses and two autorickshaws. “Even the bus timing is not reliable and it takes me about two- to two-and-a-half hours one way,” she says. “I had no choice but to travel to work in my car.”

A few weeks ago, things changed. Goindi came across a website called Carpooling.in on Google. “I posted a requirement on its public forum and the same evening got a response from a lady who lives two blocks away from my home,” she says. In the blink of an eye, she had a carpool partner.

“Ideally, public transportation is the most cost-effective, but it’s rather painful because it’s so unreliable in our country,” says Arunprasad Durairaj, co-founder of Zinghopper (zinghopper.com), a social site started in May for ride-sharing—something like a Facebook for carpooling—in Bangalore and Delhi, with plans to expand to Mumbai and Chennai soon. “Look at it this way,” he says, “you could be a ride away from meeting your best friend for life, potential client, next employer, or your life partner. You never know what happens.” He pegs the carpool market in India at 100,000 users right now, and feels it is bound to grow.

While car-pooling is not a new idea, of late there has been a surge in start-ups like Zinghopper in different parts of the country. All of them have a similar aim—providing a solution to the terrible traffic jams and pollution that every city is facing.

A year ago, stuck in a jam on Old Mahabalipuram Road in Chennai, 21-year-old M. Manoj noticed that almost every car around him had only one person in it. Then in his final year of computer engineering, he researched carpooling, and along with three friends, has formed a website called CarShuffle (www.carshuffle.in), which will be launched this month. CarShuffle will help car owners in Chennai manage growing travel bills by offering a seat in their car to a passenger for a small fee fixed by the car owner and a small commission to the website (5% on each transaction between car owner and passenger). “CarShuffle is not only for saving on fuel costs but also a social cause. We want people to realize that it helps in saving the environment by lowering pollution and congestion in our cities,” says Manoj.