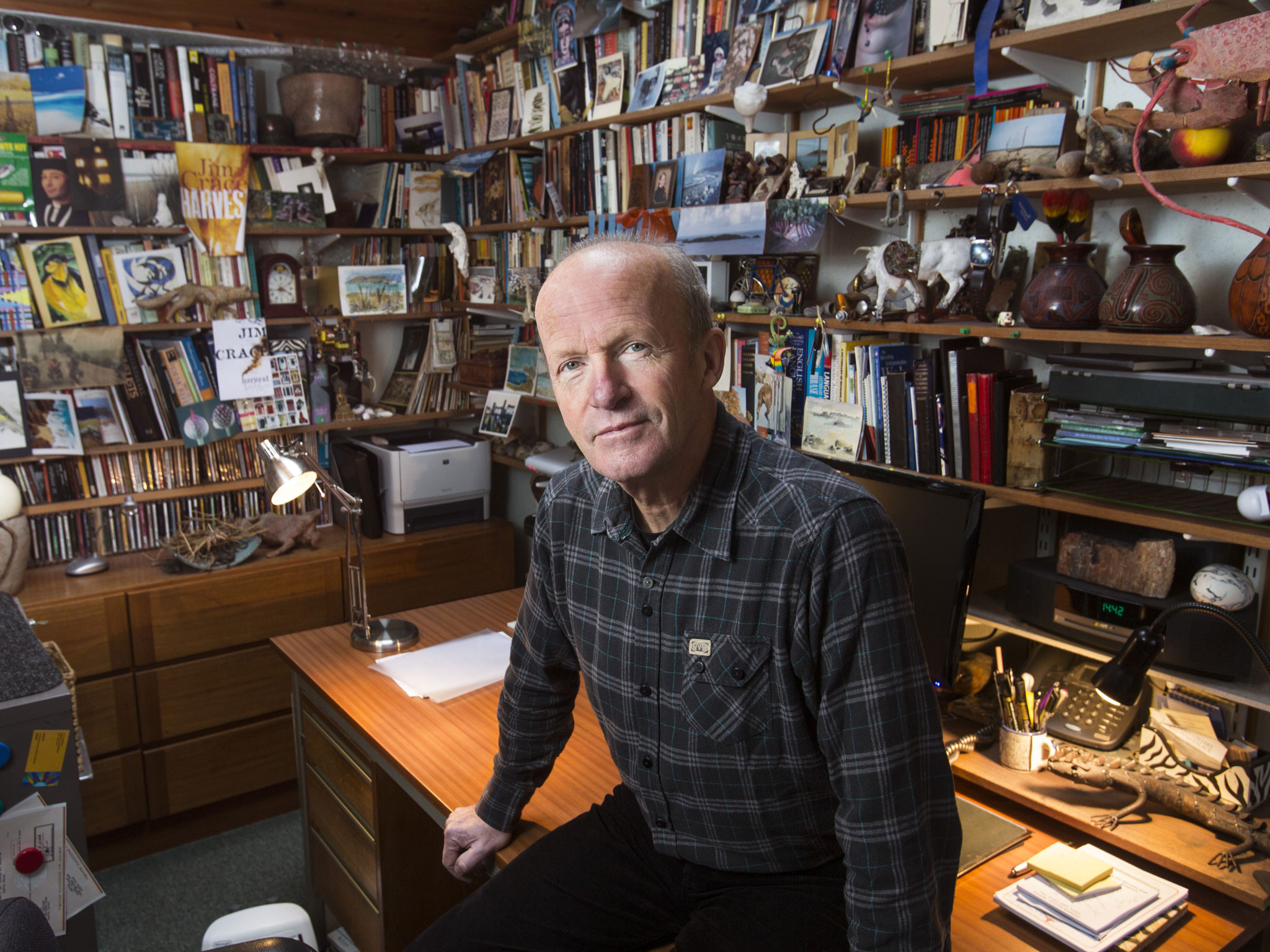 I had a chance to attend a talk of the award-winning English writer Jim Crace in Chichester University when I was there for a writing fellowship. He was marvellously witty, charming and brutally honest about the publishing industry and how to keep an eye out for things that destroy writing. His latest novel Harvest,  won the 2015 International IMPAC Dublin Literary Award, the 2013 James Tait Black Memorial Prize, and was shortlisted for the 2013 Man Booker Prize. That’s a lot of awards for someone who’d famously announced his retirement and then backtracked when a new idea took over his mind.

Post the talk, in true Brit tradition, as we headed to a pub for beer, I had a chance of interacting with Jim one on one and frankly, was charmed away. He was a great listener and genuinely interested in my experiences as a “genre author” from India. The journalist in me insisted that I record a few sayings of his for myself, as inspiration. And so I wrote to him post our conversation and got him to answer a few cheeky and not-so-cheeky questions. Here are the excerpts from an interview. When in doubt, follow his advice, I say.

Q) If someone wants to win a literary award, like you have, how should they go about it?

Don’t even think about it. That way, madness. Winning prizes is just a matter of luck and it is entirely beyond your control. There’s no accounting for taste; there’s no controlling the judges; and even if you were able to pack the selection committee with all your cousins, there is no guarantee that any of them would vote for your book.

Q) Any suggestions for writers who’re stuck in a vast desert called the middle of a novel?

There are a thousand answers to this. But there are no golden rules except that -as with all great deserts- it’s useful to have a camel and some water. What has worked for me is to stop at the end of each day, knowing exactly what I have to pick up on the following morning. I also commit the first line of, say, Chapter 20 to the screen or page, just as I am starting on Chapter 19. It gives Chapter 19 a sense of destination.