Around 9am on Sunday morning as I walked to my nearby slum where I teach yoga to superbly enthusiastic kids every week, I saw a poster hanging at its entrance. Rajnikanth’s smiling face jumped out of the poster. Alongside were two words in English: Happy Birthday. It  was a small poster, about A3 size, strung up casually, hanging in the air, tilted. The poster had more love than execution (Wish I had taken a picture, but I usually don’t take my phone to the class). 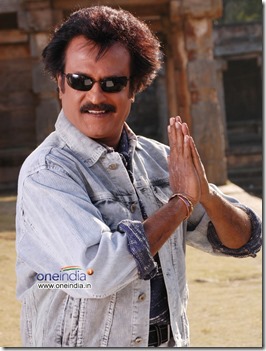 Before the class began, I asked the kids who put it there and what it meant. Was Rajnikanth coming to their slum? What was the connection? One of the kids, Pratap who’s the librarian in the area too, told me that they were celebrating Rajnikanth’s birthday. They had gone around the slum, collected small bits of money from everyone and with that, bought this poster which was proudly hanging at the gate of their slum. They had also bought a huge cake and candles and were going to come together as a community, light up the candles, sing the birthday song and cut the cake.

Yes, they love Rajnikanth and who doesn’t? But that’s not the only time they celebrate. Even though most of them barely have enough food on their tables, they celebrate all festivals and birthdays together. They cut cakes, buy sculptures, dance, drink, laugh, all as a community. That’s how this community works. They do everything together. Celebrate, cry, support. I constantly get amazed about how people in this community are so there for each other. Yes, there are fights, but there’s also constant celebration.

I am an outsider. I have no community. I am middle class and in my building people nod and smile to each other, but they are too busy, with their televisions or their phones or their internets or their children or worrying about their maids or EMIs. They don’t walk together, they don’t laugh together. Take their cars out, go to malls. They look at people on the roads suspiciously. They keep the cars and the home doors closed (In that slum, the doors are always open).

So I wonder. Do the doors close and togetherness lessens because we are living in bigger houses? Or does it happen because we have money and more stuff? Do the things we have collected around us: our TVs, phones, clothes, jewellery, spic-a-span, make us suspicious of others? When did it happen that the things we collected took over our lives?