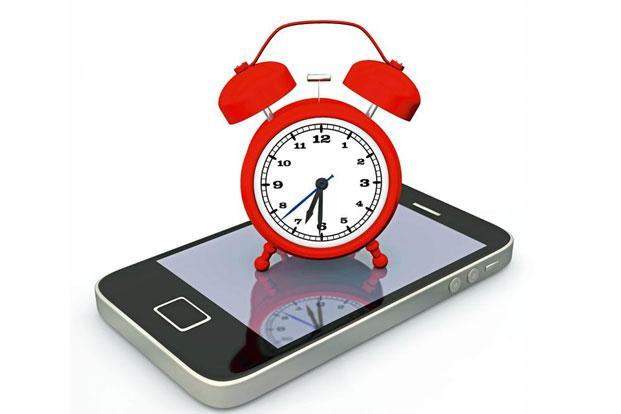 Can’t wake up on time to exercise or get to work? Here are some apps that don’t stop ringing till you are up and about

It’s March and you have done little about your new year resolution to wake up early and exercise or reach office on time. You can’t seem to wake up because you snooze through the conventional alarm by your bedside. Until someone creates a clock that mechanically hits you on the head, may we suggest a few apps?

As the name suggests, the Shake-It Alarm needs you to play with your phone in ways that you predefine. “To wake up, you need to either shake the cellphone, shout at it or touch it by tapping the screen continuously, and hard,” says Jintae Lim, director and designer, Team IngYo, the company which designed the app. If you want to be really hard on yourself, the app can also send a message to a set number of friends, who will call you to wake you up. The app has been downloaded more than 400,000 times and is available in 16 languages, including Hindi, Korean, Chinese and English. With a subtitle that says “Sleep If U Can”, Alarmy means business. It keeps ringing—and the volume gets louder and louder—till you get up and take a particular predetermined picture of a bathroom sink, a coffee pot or, if you’re feeling adventurous, the letter box outside your home. “That’s not all,” says Korea-based Jaemyung Shin, chief executive officer at Delight Room, the creator of the app. “We have other tricky alarm-off methods for you to choose from, including the shaking and math problem modes.” The shake mode requires you to shake your phone to switch off the alarm, while the math problem mode needs you to solve some fairly complex arithmetic calculations. Next up, Shin and his team plan to add support for the Windows Phone. This app forces you to wake up by refusing to stop the alarm, which keeps getting louder and louder, unless you scan a bar code of an item specified by you. We suggest a toothpaste bar code to make sure you get out of bed and head to the bathroom. You can also set up the app to open a music app or a news website. “The app just wants to be a tool to help you wake up and set your plan into action,” says Håvard Christensen, Android developer at Agens, an app developer company based in Oslo, Norway. You can also make a sequence for your daytime routine, where each step starts with an alarm and can have its own snooze. The app is ready for Internet of Things connectivity with other compatible gadgets, such as controlling light fixtures made by Philips Hue.